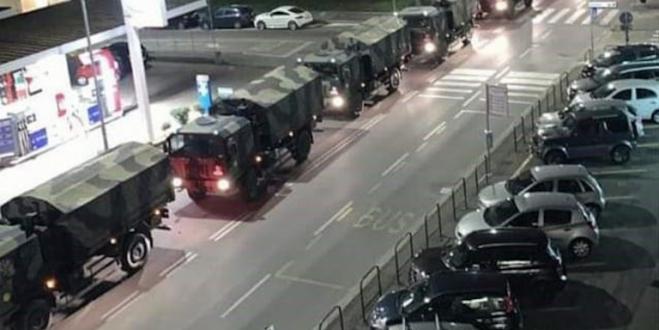 A shocking story lies behind a photo of an Italian army convoy published by Italian media outlet La Repubblica at night.

The Italian newspaper has posted a photo of military vehicles in the town of Bergamo, which has casualties dur to coronavirus. According to its publication, there is a serious problem in the city's cemetery and with so many deaths the cemetery could not manage their numbers.

So the army took the coffins with the victims and transported them, through the city of Bergamo, to other areas of the country where the bodies would be cremated. About 30 vehicles with 70 coffins passed through the city center and then headed to various parts of Italy for incineration. 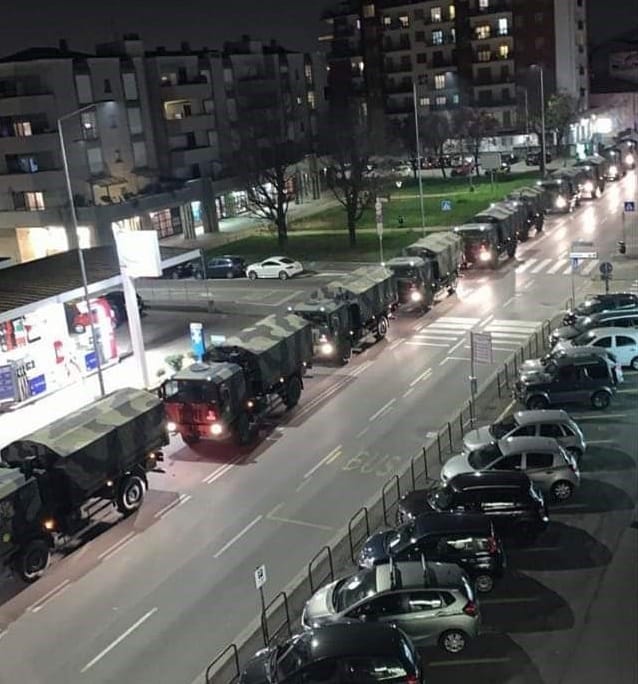 Italy has been hit harder than any other European country by the coronavirus. It is already counting 2,978 victims and it is a matter of hours, with mortality rates, for the country to exceed the number of victims in China (3,237), where the coronavirus epidemic began. In fact, hospitals can no longer help those who are ill, as in the province of Lombardy in particular the situation is out of control, with the district governor asking the patients to stay in their homes.