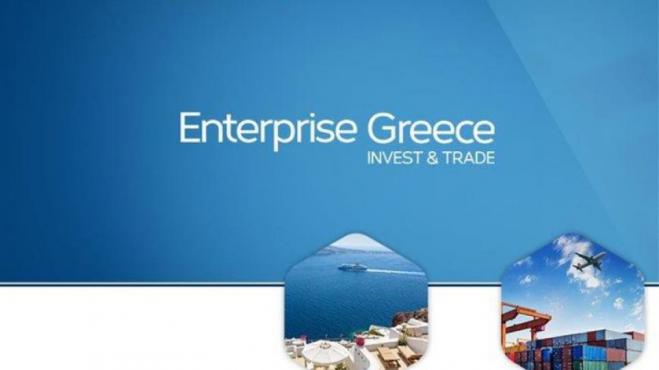 The government's goal to make Greece a model of sustainable tourism, to improve its image and to further upgrade the Greece brand was highlighted by the Secretary of State for International Economic Relations and External Affairs  and president of Enterprise Greece, Ioannis Smyrlis, at the conference "Hellenic tourism: a national affair. Possibilities and perspectives", organized in Athens. 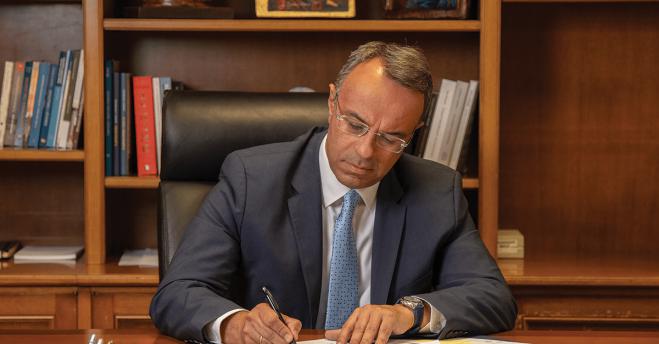 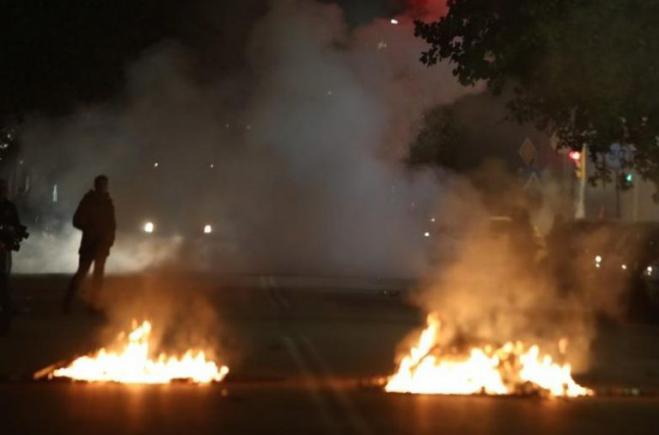 The mobilizations of the Roma are overflowing withg anger due to the serious shooting injury of a 16-year-old man by police, in Thessaloniki.

Rioting also took place on Wednesday, for the third consecutive day, in various regions of the country. Among other things, the presence of the Roma was dynamic in Megara and Aspropyrgos, where they lit fires and threw objects.

In fact, due to the objects falling on the new Athens-Corinth National Highway, traffic was temporarily stopped in both directions between the 39th and 42nd km at approximately 8:00 p.m.

Also, a train stopped in Aspropyrgos, while there were delays in the routes of the Suburban Railway. According to a relevant announcement from the railway, "due to a fire near the tracks in the area of Aspropyrgos, by order of the fire department, train 1327 stopped at Ano Liosion station and train 1326 at Aspropyrgos station. Delays are expected on the suburban bus routes."

Tires were looted from a store in Aspropyrgos, while a little later the store was torched.

Late on Wednesday night, a message was sent from 112 to the residents of the surrounding areas, which stated: "If you are on NATO Avenue, Aspropyrgos area, take refuge in a closed building now. A fire has broken out in an outdoor tire warehouse. Smokes hazardous to health are emitted. Close doors and windows." 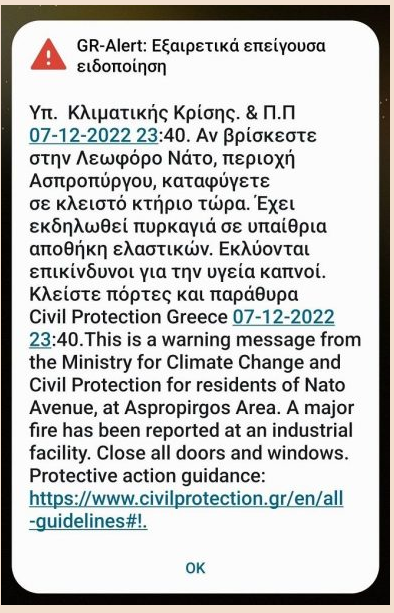 At the same time, a group of people set fire to a city bus in Menidi, which was totally destroyed. There were no passengers inside the bus.

Roma proceeded to a new blockade of the old Thessaloniki-Veria national road, at the height of Chalcedon. The gathered, set up barricades and set tires on fire.

Also, around 100 Roma blocked the old Kalamata-Athens highway from Wednesday afternoon. The blockade took place at the height of Ariochori and those gathered lit fires and hung banners. The presence of police officers is discreet, with vehicle traffic being (temporarily) conducted by bypass roads.

An atmosphere of tension in the area of Agios Dimitrios, in Agrinio, with around 50 gathered who set fire to waste bins and tires, while they closed the Antirrio – Ioannina highway at the same point, with the result that vehicle traffic is temporarily conducted by bypass roads. Late in the evening, when the gathered left, the fire brigade extinguished the fires, while the national road was reopened to traffic.