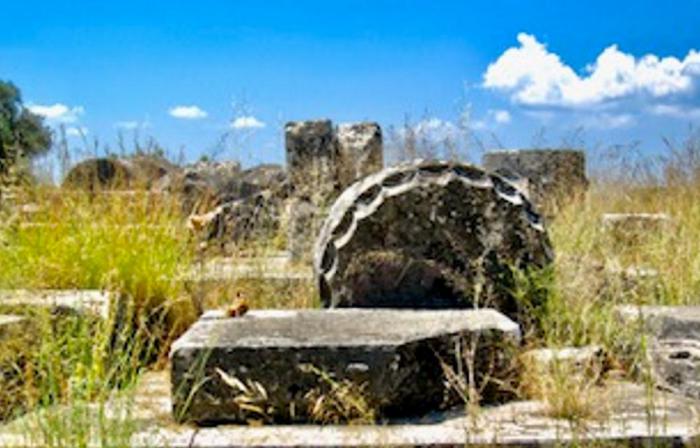 The 200-years of modern Greek history mirror the lives of people trying to be free.

After four centuries of degrading Turkish occupation, the Greeks went against the post-Napoleonic “holy alliance” and master-slave order of Europe favoring the Turks and other tyrants. They fought the European-trained and European-armed troops of Turkey to a standstill, defeating them most of the time.

In October 1827, the embarrassed European powers (England, France and Russia) finally intervened and smashed the Turkish-Egyptian fleet at Navarino, Peloponnesos, thus boosting the Greek cause for political independence.

In 1828, Russia went to war against Turkey not on behalf of the Greek revolutionaries but because the Sultan blocked the passage of Russian ships through the Dardanelles. Russia won and, in the terms of the Treaty of Adrianople of 1829, Greece became an independent state.

The first president of Greece was an exceptional Greek named Ioannes Kapodistrias from the Greek Ionian island of Kerkyra. He was educated in medicine in Italy. He served in high political offices of the Unites States of the Ionian Islands, the first independent Greek state. He was such a great diplomat that he played an important role in the independence of Switzerland. Moreover, he served as the foreign minister of Russia.

Without doubt, Kapodistrias was the best Greek politician in modern times. He understood the politics of Europe. The Chancellor of the Austrian Empire, Klemens von Metternich, disagreed with him. Metternich’s vision of Europe included the perpetuation of Turkish tyranny in southeastern Europe, including Greece. Kapodistrias, on the other hand, justified the Greek Revolution. In  general, Europe’s senior diplomats and the Czar of Russia trusted Kapodistrias.

He was a patriot who tried setting the foundations of political freedom in devastated and hungry Greece. He did not pay himself a salary. He used all his wealth for the benefit of Greece. He did not want foreign interference. His purpose was to make Greece self-reliant and able to defend its borders.

His policies infuriated both foreign powers and corrupt Greek elites used to rely on foreigners. In 1831, two brothers from Mani, southern Peloponnesos, assassinated Kapodistrias. They hated him because he interrupted their Turkish custom of taxing people and keeping the taxes. It’s also plausible that the British, who did not want an independent Greece, might have had their fingers on this most foul of political murders.

After 1831, foreigners became partners with a few Greek families in ruling the country. They sent European kings, lent money to the bankrupt Greek state, sponsored coups, invaded and occupied the country. The Germans during WWII practically annihilated Greece.

These humiliations continued after WWII and the civil war, 1945-1949. The fratricide started by the ideologies and practices of communism, extreme poverty, and foreign influence. The Greeks that worked for the German occupiers fought the Greeks who resisted the Germans. Many of the resistance fighters had embraced communism. The British supported and fought both. The Americans followed the British model.

The Americans exacerbated the pains of war in Greece with their arbitrary and thoughtless choice of Turkey as an ally. Like the Europeans before them, they were convinced they could control a Moslem country with its own ambition to return to its past imperial overreach.

So, the Americans drafted Greece and Turkey for the same anti-Russian and anti-communist alliance that goes with the acronyms of NATO. Americans (with the enthusiastic but silent agreement of post-WWII weakened England) went a step further in showing who was the new boss in the Mediterranean.

In 1967, the Americans supported a coup in Athens. By 1974, they had decided half of Cyprus should be handed to Turkey. In order to prevent a war between Greece and Turkey,  the Americans ordered the Greek generals to withdraw their defense forces from Cyprus and blessed the Turkish invasion of Cyprus.

This American action against Greece has had dramatic effects in speeding up the decline of the country. Greek politicians learned their American lesson, all too well. They did not want to suffer what their ancestors had suffered at the hands of Rome.

In 146 BCE, the Romans made Corinth an example of their wrath. Like Carthage in Phoenicia, a Roman army dismembered Corinth marble by marble. Then they exiled most Greek leaders for twenty years to Rome.

Twentieth-century America did not have to decapitate Greece whose leaders were educated in American universities. It had a larger fish to fry – international communism.

Communism in the mind of American leaders

America is still poisoned by communism, and its state representations in Russia and China. Russia and China have jettisoned the original dogma of class warfare. Yet they like to believe they are superpowers challenging the American notion of the first among all.

This imperial obsession, even without communist opponents, remains to this day a cloud darkening the mind of American leaders. They punished Greece and gave Turkey something that did not belong to them but Greece, clearly an unjust and hostile act.

They also continue the European policy of playing games with a really hostile Turkey. Handing half of Cyprus to Turkey does not make Turkey a friend of America.

Islamic Turkey manipulated European powers for centuries. Its twenty-first century strategic goals are threatening Greek, European, and American interests. Turkey wants all of Cyprus and probably all of the Greek islands in the Aegean. Such an agenda is certain to provoke war and the disruption if not the breakup of NATO.

Like imperial Rome, the US has been stumbling like a blind giant all over the world, spending mythical sums, causing enormous “collateral” damage, and losing wars, one after another: Korea, Cuba, Vietnam, Cambodia, Iraq, and Afghanistan.

Time has come for Greece to rethink its dependence on America and the European powers. The debt crisis brought out into the open that these Western countries mistreated Greece in the extreme. They forced it to abdicate its national sovereignty.  In other words, they pushed Greece down to a status of colony – and worse. It’s impossible to have confidence they may be trusted again.

Of course, things change. Greece would not reject honest relations with any country. On the contrary, thinking about itself first, becoming truly independent, would win the admiration of America and the world. All countries do that.

Greeks need to turn their eyes and mind to their ancient ancestors for inspiration and knowledge. Hellenic science and civilization built the foundations of our world.

Western scholars have been studying these polymaths for centuries. Is it not the time modern Greek scholars emulate their Western colleagues? Not that they are unaware of their ancestors. They are. However, they must study and look at them with a new vision: how to bring them to life, revitalizing their own thoughts solely for the benefit of their country – in politics, war, science, literature and civilization. Such an approach would guarantee Greeks entering a Renaissance -- at last.

Moreover, the Greeks of 2021 have more recent renown ancestors like Adamantios Koraes who linked them to Homer, Hippokrates, Plato and Aristotle. Koraes sparked the Greek Revolution.

Ioannes Kapodistrias is another lighthouse of political wisdom and patriotism. Be self-reliant and put the interests of Greece above everything else, he said. Allies are great but don’t expect them to protect you or restrain Turkey’s war path against you.

Start this transformation by debunking the nonsense of Turkish military superiority. Begin this discussion right in the Greek military academies, universities, media, and schools. Greeks must recover their confidence in themselves. They must decolonize their minds.

Greeks defeated Persia, the largest empire in the ancient world – twice, in 490 and 480 BCE. A century-and-a-half later, in 333 BCE, Alexander the Great conquered Persia. In 1940-1941, Greeks won the first battle of WWII by defeating the much larger Italian army.

Greeks must elect a government of national unity, one that will be ethnocentric / Greco centric, entirely devoted to defending Greek freedom, national interests, and independence.

Ostracize the ethnomidenistes (Greeks who hate Greece). These Ephialtes (traitors) peddle their hatred under deceptive names and practices related to foreign interests.

America and its NATO partners should realize that Greece has the responsibility to kick Turkey out of Cyprus. If they respect national borders and human rights and wish to preserve peace in the Mediterranean, they should join Greece and demand the withdrawal of Turkish troops from Cyprus while Cyprus, finally, becomes one with Greece.

A united Hellas now, as in the past, would be invincible. Greeks in the Battle of Salamis in 480 BCE and in the Greek Revolution of 1821 fought for freedom or death.

A new Hellas would become a stabilizing and civilizing force in the Mediterranean and the world.

Evaggelos Vallianatos, Ph.D., teaches at California State Polytechnic University, Pomona. He is the author of hundreds of articles and 6 books. His latest book explores the rich Hellenic tradition of science and technology: The Antikythera Mechanism: The Story Behind the Genius of the Greek Computer and its Demise (Forthcoming, Universal Publishers, 2021).

This email address is being protected from spambots. You need JavaScript enabled to view it.