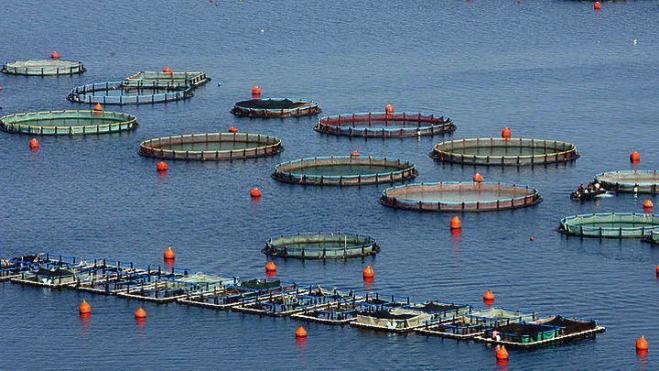 Exports of Greek and investments in the domestic fisheries sector rose by 97 million euros in 2018, the annual report of 2019 said on Tuesday, in a highly competitive sector and helped by a new national product ID, "Fish From Greece".

The Federation of Greek Maricultures (FGMC) said that sales of bream and sea bass in particular reached 106,500 tons at a value of 502 million euros in 2018, an increase in volume of sales but without a rise in revenues, because of pricing pressures on both types of fish.

Of all 2018 sales, 79 pct (87.1 tons, valued at nearly 400 million euros) were distributed abroad and the rest went to the domestic Greek market. France, Italy and Spain have traditionally absorbed the majority of Greek production (59 pct in 2018). At the same time, there has been a rise in Turkish fish sold to EU countries through distribution networks developed in Greece.

FGMC general manager Yiannis Pelekanakis said that despite the fact the sector is at a transitional stage because of the restructuring of larger companies, "the sector is methodically implementing a complex strategic plan to improve its competitive ability, based mostly on creating a national identity for products and on achieving economies of scale." He said the implementation would continue into 2020, but he warned about the necessity of improved state structural reforms in order to ensure growth accelerates.