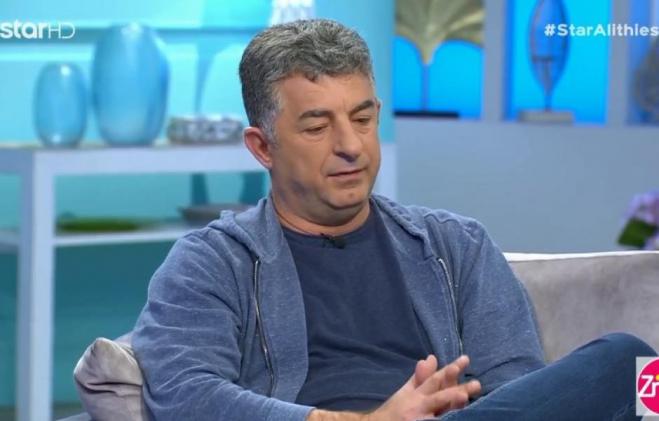 Journalist Giorgos Karaivaz fell victim to a murderous attack outside his house in Alimos. 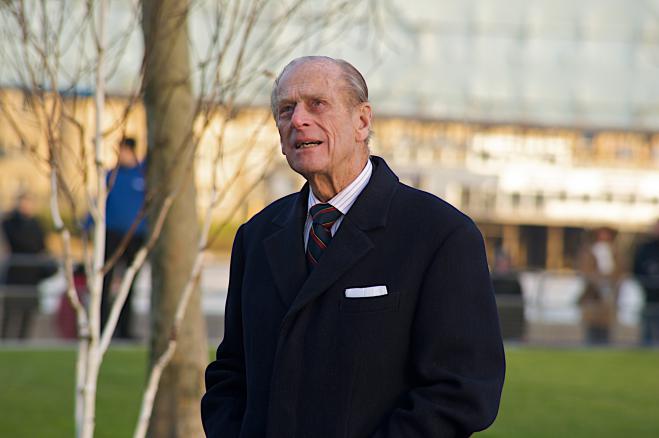 Prince Philip, the usband of Queen Elizabeth has died, a few monthw shy of his hundredth birthday. Unbeknown to many Philip had a Greek heritage, something that was not to his taste.

Philip wαs from Greece; but whether he was and felt Greek or not is a matter of controversy, though rumor has it that he had strong contempt for the country “after the way the country treated his family”. American actress Rita Wilson, who has Greek ancestry, once said on the Conan O’Brien show on American television network TBS, that when she met Prince Philip, she told him in small-talk conversation “We have something in common! We’re both Greek!”, to which Philip replied “Oh, sorry for you.”

As a young man, it seems he was much more in love with his British ancestry -via his mother Princess Alice, who was born in Britain and was descended from both German and British royals, holding German titles- than having any pride in being Greek. Philip is suspected to be the reason why Elizabeth II has never visited Greece during her time as Queen; an odd omission from her lifetime itinerary given the close historic, political, cultural, and trade relationship between Greece and Britain, let alone the millions of Brits that visit Greece on holiday each year.

However, their son, Charles, is a regular visitor; he comes fairly often as a private tourist, not on official duty. Philip’s mother Anne adored the country; in her later years, she was a devout Christian and had become an Orthodox nun, running a charity organization in Athens until 1967, two years before her death. The order of nuns and charity organization she founded still exist in Athens today.

He was born on February 2, 1882 in Athens and was the son of King George I of the Hellenes and Queen Olga of the Hellenes. It is reported that he spoke only Greek with his parents. He attended additional courses on military matters at home, where his teacher was the famous general Panagiotis Daglis.

As was customary for the male children of the royal family, Prince Andreas attended the Military School for Hellenic Army officers. During his studies, and specifically in 1899, the governor of the school, Nikolaos Zorbas, decided to promote to his rank the then student and classmate of the prince, Theodoros Pangalos, without, however, the simultaneous promotion of Prince Andreas, as the law required. The incident upset the royal family, who believed that Zorba's action was due to the latter's union demands that were not met by them, while Pangalos claims in his memoirs that Zorbas did so because he believed in equality. treatment among the Guards. In 1903 he went to Germany to complete his military studies.

With the putz in Goudi, the mutineers demanded the removal of the royal scions from the officer's corps, including Prince Andreas. The latter, on this occasion, requested a three-year educational leave.

He took part in the Balkan Wars as an cavalry officer and then in Asia Minor. On May 29 / June 11, 1921 he arrived in Smyrna as a member of the so-called "Royal Staff" of the Balkan Wars, which was revived (without the participation of Ioannis Metaxas) for propaganda reasons and a little later, having the rank of lieutenant general, took over According to the Directorate of Army History, in August 1921 he was still a lieutenant general. Together with Lieutenant General Alexandros Kontoulis, commander of the First Army Corps, he expressed reservations about the success of a possible advance towards east as he considered that without reinforcement and reorganization it was impossible for the campaign to succeed.

At the beginning of July, by a decision of Papoulas, the leader of the 2nd Army Corps, Aristotle Vlachopoulos, was replaced by Prince Andreas, charging the former with the escape of the Turkish forces from Kioutacheia. As commander of the 2nd Army Corps at the Battle of Sangari, he decided, despite Papoulas' order to the contrary, to leave his positions, not to attack the Turkish forces and to retreat to Sibri as he considered the order unenforceable. A similar view was expressed by the chief of staff of the First Army Corps, Stylianos Gonatas, who noted that the author of the order was nervous. Following a new order from Papoulas, Prince Andreas disciplined himself by canceling the partial relocation of the forces that had already begun, but without carrying out the attack. On the contrary, from the relevant publication of the Directorate of Army History, there is no refusal to execute an order but that the movement of the Army Corps was pre-agreed by the two staffs, the Army and the Corps. Regarding these events, Prince Andreas published in 1928 the book Dorylaion - Saggarios, where he reports the events of the period from his own point of view, giving to the public orders of the General Staff in Asia Minor.

Before the end of the Asia Minor campaign he left Asia Minor and returned to Greece. Greek soldiers attributed the destruction of Turkish villages to his orders, while he himself denied these references in his memoirs. In December 1921, in a letter to Ioannis Metaxas, he mentioned - annoyed by the overwhelming supremacy of Venizelism in Smyrna - derogatory towards the local Greeks while expressing his general views on the campaign.  According to the historian George Mavrogordatos, the specific letter of Prince Andreas is one of the many elements that lead to the conclusion that the anti-Venizelos world saw the Asia Minor campaign mainly as a state military operation, rather as a nation's redemptive effort, while Sotiris Riz says that this letter generally reveals the gap that divided the dynasty with the Asia Minor campaign.

Arrest and exile
After the revolution of Plastiras, by order of Pangalos, Prince Andreas was arrested in Corfu in October 1922 by Colonel Christos Loufas and transferred to Athens to be tried by an extraordinary military court. The trial and execution of the six had taken place on the morning of 15 November 1922. In the ensuing trial, Prince Andreas was sentenced to death on charges of refusing to carry out an order of the army chief during the battles of Sangari in August 1921. However, the decision was not carried out by the Revolutionary Military Government, due to the mediation of the British government, through the English Captain Talbot. With the intervention of Pangalos, his military court recognized the mitigating factor of "perfect inexperience in the management of higher units" and sentenced him on 20 November 1922 to life imprisonment and deletion from the register of officers.

After his conviction, accompanied by his classmate from the Evelpidon school Theodoros Pangalos and Talbot, he was taken to Faliro and left with the British destroyer "Calypso". The ship stopped in Corfu to pick up his family and then headed to Italy. He and his family then left for France and settled in the Paris suburb of Saint-Cloud, hosted by the wealthy wife of George's brother, Princess Maria Bonaparte.

Later years
After leaving Greece, he settled in the Paris suburb of Saint-Cloud, where he and his family were hosted by the wealthy wife of George's brother, Princess Maria Bonaparte.

From 1929 his wife began to show some signs of psychological decline that resulted in her incarceration for some time in treatment clinics. So from 1930 until his death they lived separately, with Prince Andrew living between southern France and Paris.

In 1934, after several trials, he was granted ownership of Mon Repo, which, a few years later, he sold to his nephew George II. From time to time, Prince Andreas made public statements about the political situation in Greece, usually launching attacks against Eleftherios Venizelos.  At the end of January 1936, after the restoration of the monarchy in Greece, his sentence was canceled and he was reinstated in his rank. He soon visited Greece, but his visit provoked the reaction of the daily press. At the end of 1936 he was appointed military adjutant of King George II.

During World War II he remained in southern France moving between Cannes and Monte Carlo. In recent years he has suffered from early arteriosclerosis due to his alcohol addiction.

He died on December 3, 1944, at the Metropol Hotel in Monte Carlo, of a heart attack. His body was first transported to the Russian chapel in Nice and then to Greece, where he was buried in the royal cemetery of Tatoi. 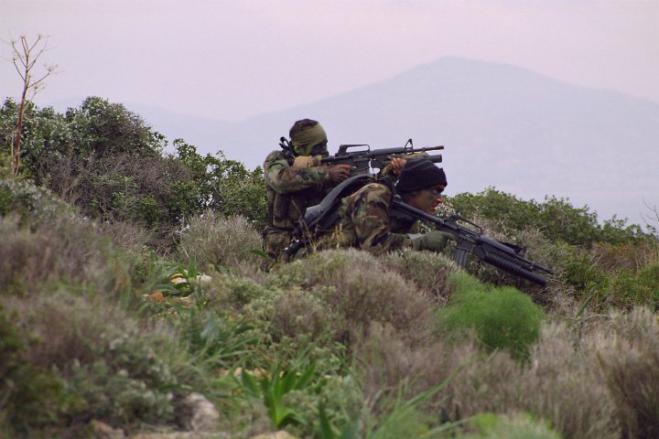 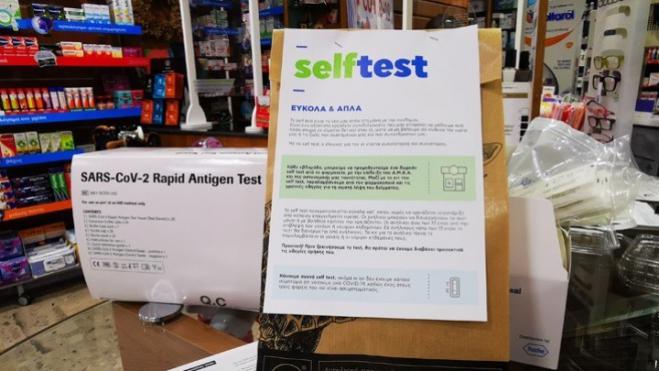 The free distribution of Covid-19 antigen self-tests by pharmacies, exclusively to high school students aged 16-18 and teachers, started on Thursday. The test is given upon presentation of a valid AMKA social security number and, together with the self test kit, recipients are given written instructions on the correct taking of the sample.