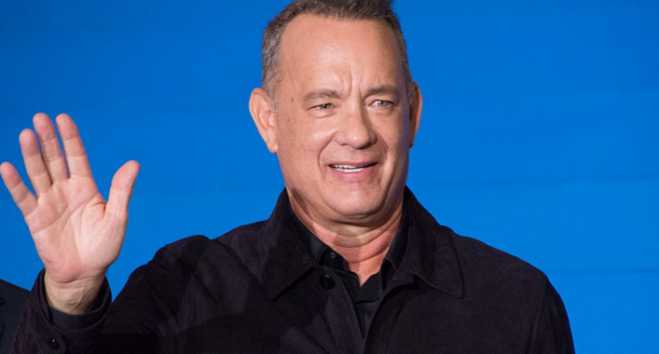 Hollywood superstar Tom Hanks turned 63 and he celebrated his birthday with what looks like a feet-first, slow motion “dive” in the blue waters of the island of Antiparos.

The husband of Greek American actress, writer, and producer Rita Wilson, Hanks has gone “full Greek” as he visits the country every summer while embracing all customs.

The Hollywood star decided to share his the moment with his online social media fans by posting a funny video of his birthday celebration.

“Look at the cool beach clothes I got for my 63rd Birthday! Hanx! “, he posted on Facebook as he descended slowly descended into the crystal clear waters of Antiparos where he has a summer house.