Tap or bottled? How do you respond to your waiter when he asks you which would you prefer? There is no doubt that when given the option, most would choose bottled water over tap water. Most people believe that bottled water tastes better, is cleaner, and healthier. When did tap water get such a bad rap? Years ago, people would have scoffed at the idea of paying for water. Paying for water!!!! I am sure that sounded like an absolutely ludicrous idea!

“Americans buy more bottled water than any other nation in the world, adding 29 billion water bottles a year to the problem!” (1) Many purchase it for taste, others for health reasons, while others purchase it for convenience and out of routine. Is bottled water really better and are the effects it is having on our health and on our environment really worth it?

Marketing campaigns have led the public to believe that bottled water comes from cool, fresh, delicious, glistening spring water streaming down a forested, lush, green mountain or even better from a pristine glacier. There is no doubt that sounds a lot “cleaner” and more delicious than plain old water coming out of your faucet. Is there any truth to this? In a blind taste test conducted by ABC News GMA, 45% of the studio audience chose NYC tap water over leading brands of bottled water.(3) And it makes complete sense that tap may taste better or at least the same as bottled water since it is very likely that your bottled water comes from tap water! According to a study by NRDC, it is estimated that anywhere from 25% to 40% of bottled water comes from tap water which may not necessarily receive additional filtration or treatments before it goes into the bottle!(2) In addition, there are far less stringent governmental regulations for bottled water.(2) Is it really worth spending anywhere from 240 to over 10,000 times more per gallon than you would for tap water? (4) 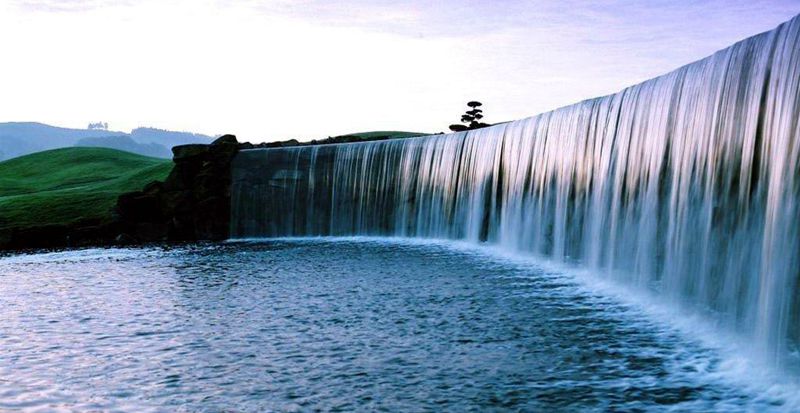 NOT SO HEALTHY AFTER ALL…
BPA HAS BEEN LINKED TO MISCARRIAGES, AND A MULTIPLE OF OTHER HORMONE RELATED ISSUES

What are the health effects of drinking water from a plastic bottle? Numerous studies conducted have found that the chemical Bisphenol A (BPA), a compound found in plastic water bottles leaches from the bottle and releases estrogen-mimicking hormones. BPA is an endocrine disruptor which means that it gets in the way of how our hormones normally function.

Studies have found that interruptions in hormone function from BPA can lead to reproductive health issues such as reduced fertility for both sexes as well as an increase in the rates of miscarriages. The American Society for Reproductive Medicine’s (ASRM) annual meeting in Boston reported that women with the highest levels of BPA in their blood were “significantly more likely to miscarry than women with the lowest levels.” (5) Other factors associated with BPA include increased risk of breast cancer in women and prostate cancer in men. (6) In addition, studies have shown increased risk for childhood obesity, as well as increased risk factors for heart and kidney disease in kids and teens. (5) The risks are especially magnified if the bottles are exposed to hard use or high temperatures.

Centers for Disease Control and Prevention (CDC) scientists have estimated that more than 92 percent of Americans have BPA in their bodies, and the highest levels are typically found in children. (7) Even the FDA has some concern “about the potential effects of BPA on the brain, behavior, and prostate gland in fetuses, infants, and young children.” They are taking “reasonable steps to reduce human exposure to BPA in the food supply.” (8) The FDA banned BPA from baby bottles, sippy cups and reusable containers in 2012. Why hasn’t the FDA yet banned BPA from plastic water bottles?

WHERE DO ALL THESE BOTTLES GO?

There are other external costs associated with drinking water which we do not figure into the “price” What about the packaging… the clear, “clean” plastic packaging? Plastic bottles are made of petroleum, which is a non-renewable resource and a major contributor to global warming. In order to make these bottles, “manufacturers use 17 million barrels of crude oil. That’s enough oil to keep a million cars going for twelve months. Imagine a water bottle filled a quarter of the way up with oil. That’s about how much oil was needed to produce the bottle.” (1)

In one week alone, Americans drink enough bottled water to circle the globe at least 5 times.(10) And where do all of these plastic bottles go after their singular use? “Unfortunately, for every six water bottles we use, only one makes it to the recycling bin. The rest are sent to landfills. Or, even worse, they end up as trash on the land and in rivers, lakes, and the ocean. Plastic bottles take many hundreds of years to disintegrate.” (1) There is an area in the Pacific Ocean, known as the Great Pacific Garbage Patch which is approximately the size of Texas and is composed of garbage, mostly clear plastic water bottles!!!(11) What are we doing? Furthermore, it has been reported that billions of gallons of bottled water are consumed outside of their country of origin, and must be transported, furthering the use of fossil fuels and the release of carbon dioxide into the atmosphere, which is a major threat to the ozone layer and a contributor to global warming and climate change. (9)

We are starting to see a backlash against the bottled water industry. The town of Concord, Massachusetts, has become the first municipality in the nation to ban the sale of single-serving water bottles smaller than 1 liter.(12) And they are not the only ones, colleges throughout the United States are banning the sale of plastic water bottles on campus.

So, next time you are thirsty, grab your glass or food-grade stainless steel cup and reach for the tap! And when your waiter asks you if you would prefer tap or bottled water, now you surely know how to respond… Tap Please!