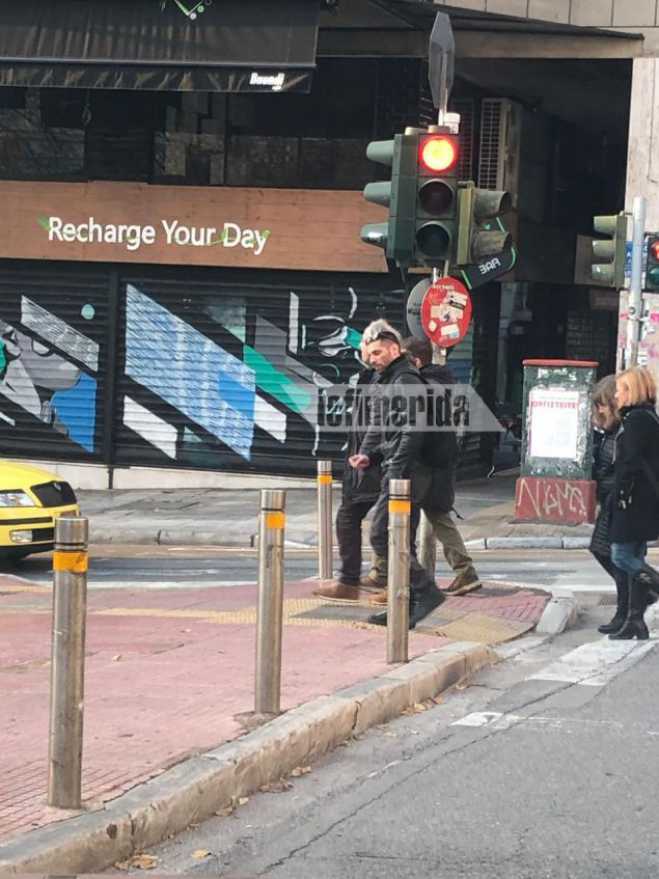 Terrorist hitman Dimitris Koufodinas received his sixth prison leave for the Christmas and New Year's Day celebrations, and shocked passers by in central Athens near the places where he assasinated some of his victims.

The mastermind of the 17N terrorist organization, on his furlough, was seen even in the center of Athens, where he went for a walk on New Year's afternoon.

More specifically, Koufodinas, together with his son Ektoras and accompanied by 4-5 people, strolled after 16:30 along Voukourestiou Street and at Syntagma Square, while passing through Solonos street as shown exclusively by iefimerida.gr.

In fact, the image of Koufodinas amazed the dozens of people who saw him stroll in the center of Athens, for the first time since he was handed over to the authorities (September 5, 2002). This 6-day furlough (that began on December 28), gives Koufodinas the right to move around the prefecture of Attica.

In total since November 2017, Dimitris Koufodinas has received four 48-hour furloughs and two for six days. In 2018 he has been out of prison for a total of 18 days.