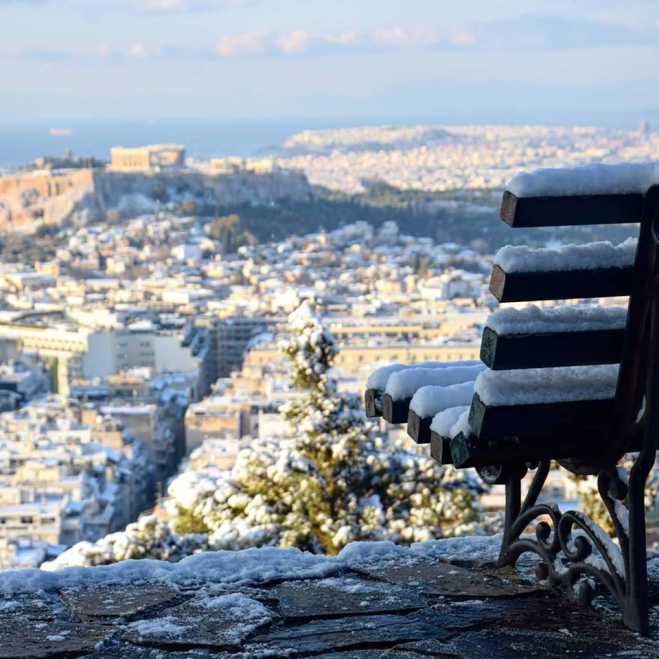 The "Tilemachos" cold weather front has hit Greeceand blanketed most of the country in snow. Snow has even fallen in downtown Athens.

The snow and severe weather have closed off many villages in mountanous areas throughout the country. Villages in Macedonia, Northern Evia, Achaia, Korinthia, Fthiotida, and most of western Greece are experiencing supply problems, in some cases lacking running water and electricity.

Schools in several parts of the country will be closed on Tuesday due to heavy snowfall.

In northern Greece, most of the schools will remain closed in order to avoid possible accidents, as will schools in western Greece, Crete and the Aegean.

In Attica, schools in 46 out of the 66 municipalities of the Attica prefecture will be closed.

Meawhile, police have taken measures and closed off vehicle access to many regional roads to prevent accidents.

Following consultation between the administration of Athens courts and the Athens Bar Association with the Ministry of Justice, Transparency and Human Rights, the operation of the courts of Athens will be suspended by an Act of the Minister on Tuesday, in order to prevent any problems that might arise due to difficulties in accessing the courts because of the snow. The suspension of operation excludes cases being tried using procedures for perpetrators caught by police in the act.