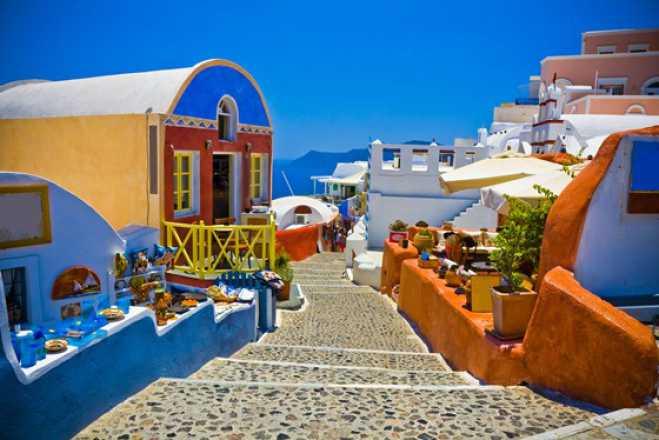 Even though tourism is the Greek economy’s main pillar, helping the country out of the crisis, a European Parliament report carried out by the Committee on Transport and Tourism (TRAN) has just issued a warning that Greece -and especially Santorini- could suffer.

Since 2011, the Cycladic island has had an overflow of visitors due to its burgeoning popularity which has led to strained infrastructure and severe overcrowding at popular sites. The phenomenon has subsequently resulted in some negative reviews on several platforms and publications, describing the “Santorini experience” as highly unpleasant and non-recommendable.

Meanwhile, a large portion of visitors’ flow on Santorini remains unregulated with many arrivals being unrecorded. At the same time, the number of overnight stays on Santorini in 2017 reached 5.5 million, compared to 3.3 million in 2012.

The survey, titled ‘Overtourism: Impact and Possible Policy Responses’ shows that arrivals on the island reach 18,000 a day including cruise travelers; this means there are more visitors than actual residents on the island per day.

According to the date, overtourism has caused environmental issues, tourist complaints about other tourists, traffic and public transport congestion, as well as uncivilised behavior.

“The lack of success of government interventions, including the poor implementation and enforcement of policies… and the failure of policies and caps to be effective in limiting the number visitors to an acceptable level,” the report continues, while TRAN pushes for the implementation of effective policies aimed at managing and regulating visitors’ flow.

Santorini Mayor Nikos Zorzos, highlighted the issue during an interview with The Guardian last year, deciding to limit the number of cruise passengers the island can accept per day warning Santorini is at “saturation point”.

“Santorini has developed the problems of a city. We have built numerous desalination plants and are in the process of erecting the biggest one in Greece, but in five years’ time I worry even that won’t be enough,” he added.