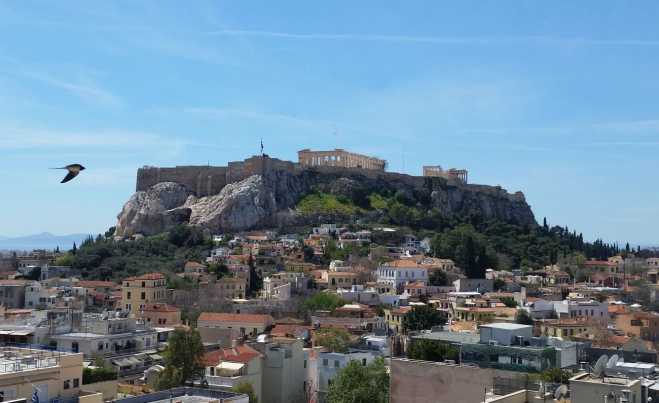 AirDNA, an analytics platform that provides insights on the performance of vacation rental properties worldwide, has graded the city of Athens in Greece with an “A” as a good place to set up an Airbnb listing. The platform records data from the home sharing platforms Airbnb and HomeAway.

“AirDNA tries to grade markets around the world… It can be anywhere from ‘A’ to ‘E’ as a good place to set up an Airbnb,” he said, adding that the rating of a city depends on the returns an Airbnb host can make in a city and a mixture of the trajectory of earnings in that region.

“We also look into the regulations that are available and how friendly they are and we come up with Athens as an ‘A’,” Caton said.

According to AirDNA, available listings in Athens on both platforms (Airbnb and HomeAway) surpass 12,300.

During his presentation, Caton revealed that in 2018, the Zappeion, the Acropolis and the Greek capital’s Commercial Triangle led the city’s top 10 of neighborhoods that bring in the most revenue per available rental (RevPAR) to property owners with listings on Airbnb.

According to the data, short-term rentals in the Zappeion area bring an average daily RevPAR of 58 euros, followed by the Acropolis area with 54.27 euros and the Commercial Triangle (Monastiraki, Plaka etc) with 52.58 euros. The fourth neighborhood in Athens that brings in the most RevPAR (average daily) is Kolonaki with 46.04 euros, followed by Thiseio (45.83 euros), Gazi (45.46 euros), Lycabettus (44.70 euros), Koukaki – Makrygianni (41.29 euros), Kerameikos (41.12 euros) and Stadiou Street (40.31 euros).