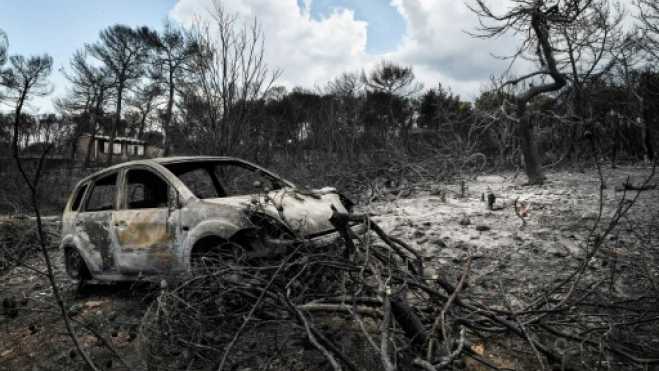 Greece is "excessively" dependent on aerial fire-fighting and suffers from poor coordination, experts said on Thursday in a study of the country's worst fire tragedy that claimed 100 lives in July.

The committee of forestry and safety engineering experts from some of Greece's leading universities was ordered formed by Prime Minister Alexis Tsipras after the July 23 wildfire in the coastal resort of Mati.

Their report on Thursday said there was a "lack of cooperation" between agencies, "especially between the fire brigade and the forest service."

A total of 45 authorities would have to be coordinated in a common framework, the experts said, noting volunteers were poorly utilised and firemen used urban techniques in rural fires.

The report said that millions of euros spent on fire-fighting equipment over past decades had not eliminated dangers and that fire prevention had to be stepped up.

"Without wildland management, the problem of landscape fires will increase... overcoming any (efforts) to strengthen the (response) mechanism," said the report.

The committee is headed by Johann Goldammer, director of the Freiburg-based Global Fire Monitoring Center.

July's disaster was followed by infighting between the police and the fire brigade, who initially insisted the state response had been well-managed and blamed the high death toll on winds of up to 120 kilometres (75 miles) an hour.

Local residents received no warning and instead of being sent away from the fire zone, many passing drivers were mistakenly diverted into its path and died trapped in Mati's narrow streets.

A judicial investigation into possible faults by state and local officials is ongoing.