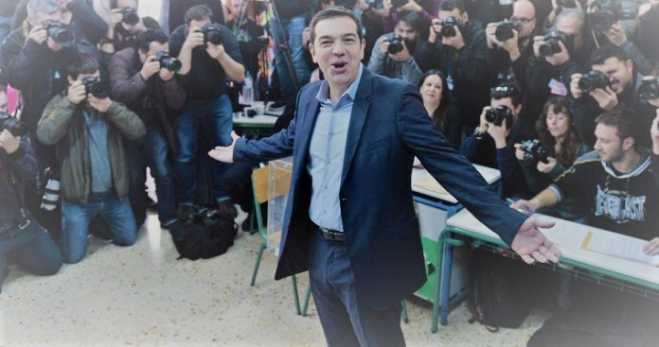 A detailed commentary on the delay of the reforms agreed with lenders in Greece is published by the economic newspaper Handelsblatt under the title "Athenian deja vu" carried by SKAI online.

"At the end of Greece's long-term rescue, the IMF refused to transfer even one more dollar to Athens, mainly for one reason: experts questioned the Europeans' assessment that the Greek government would remain even after the end of the reform program on the reform path and would achieve large surpluses. The latest clashes between international creditors and Athens confirm that their concerns were well founded.

It is true that in the meantime the economy in Greece is progressing positively. With growth projections at 2.2% of GDP, the country may grow at twice the pace than Germany. However, this is a low level recovery after the dramatic economic collapse during the crisis. "

According to the report, "this increases the pressure exerted on Prime Minister Alexis Tsipras. After years of cuts and austerity, citizens are asking for their share of the country's recovery. And with the elections approaching Tsipras will continue to yield. The Greek government is already delaying the implementation of agreed reforms.

Europeans are now threatening not to approve the debt relief measures they agreed on in principle last summer. At least they still have this small means of pressure. But with regard to the past, there is no longer a strong criticism of Tsipras. Europeans do not want an open conflict. They do not want to scare the investors who are tentative - they are starting to lend again money to Greece.

But the main problem remains: the Europeans' prognosis that by 2060 Athens will achieve a primary surplus of 2.2% yearly was "targeted optimism" that would probably not become a reality. And so in the medium term the question will again be asked whether Greece can ever repay the 290 billion euros of support loans. The Europeans deliberately overrated Greece's mood for reforms. "

On the same page of the newspaper another article is published, pointing out that the Greek Prime Minister hesitates in carrying out the reforms due to the forthcoming parliamentary elections. An article entitled "Pre-election gifts instead of reforms - Tsipras enters a race for election campaign," says: "One of the pending issues concerns new legislation on bankruptcy of individuals. Until now, property owners owing to banks are protected from seizure. Something that encourages many borrowers to no longer service their home loans although they could.

Institutions and banks are calling for the relaxation of protection regulations. The aim is to accelerate the reduction in the number of red loans and stabilize the banks that are currently facing problems. [...]

Tsipras hesitates to implement this unpopular reform. Because he is in a pre-election struggle. A new parliament must be elected in October at the latest. Experts, however, believe that this will happen in the spring as Tsipra's coalition with the right-wing populists has dissolved.

To increase his rates in opinion polls, Tsipras now distributes pre-election prizes: without prior agreement with the creditors, he canceled an agreed VAT adjustment on some Aegean islands, increased the minimum wage by 11% from February 1 and promised tens of thousands of new recruits in public.

The reform agenda, on the other hand, goes a step further. This may cost a lot of money in Athens. Because in the context of alleviating the Greek debt, the creditors agreed on the return of the Eurosystem central banks' returns to the Greek bonds.

This is EUR 4.8 billion, which is to be disbursed in half-yearly installments by 2022, as Athens implements the agreed reforms. The first installment had to be disbursed already in December 2018. However, the European finance ministers did not yet approve it because Athens is not proceeding with reforms. "