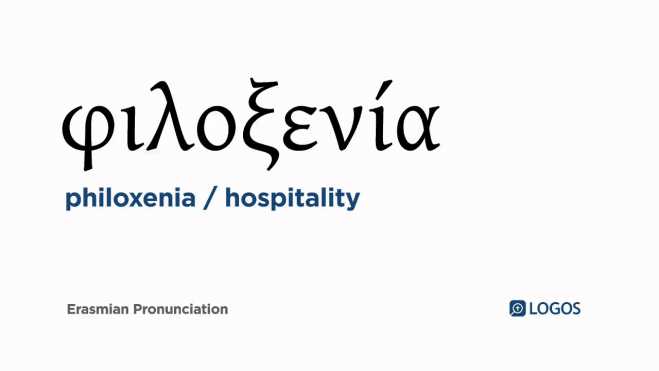 BBC radio has come up with English translations of the Greek words “philotimo” and “philoxenia,” traditionally considered as the hardest concepts to render in foreign languages, ekathimerini.com reports.

Philotimo translates as “love of honor,” the report pointed out, adding that the concept, considered to be the top of all Greek virtues, is used to express the importance of respecting and honoring one’s friends and family. “The term essentially means doing good and demonstrating exemplary behavior.”

According to the same report, philoxenia is a love of strangers and guests to the home, and is literally translated as “friend to the stranger.” BBC radio notes the word “means far more than just an eagerness to show hospitality or a warm welcome.”

The list, which included more love-inspired words from around the globe, was made on the occasion of Valentine’s Day on February 14.