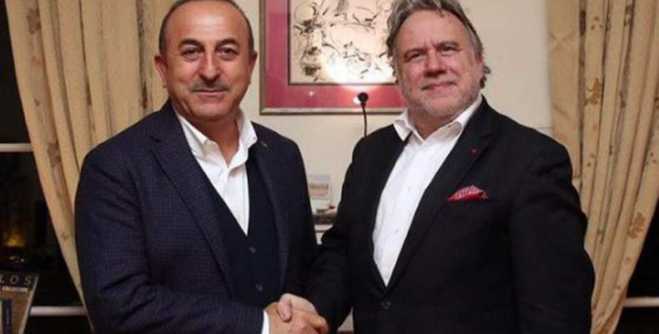 Greece is committed to the resolution of the Cyprus issue and the restart of talks between the two communities on the island, Greek Foreign Minister George Katrougalos told Anadolu news agency on Wednesday, ahead of his meeting on Thursday with his Turkish counterpart Mevlut Cavusoglu.

Katrougalos told Anadolu, "We want negotiations to start, but there must be a possibility for agreement at their end - not just to show off, but we want an actual solution to the Cyprus issue."

Speaking of Turkey's role in the energy sector in the East Mediterranean, the Foreign Minister said "Greece sees Turkey's inclusion as positive, under its rights provided by international law." As he noted, "How could someone exclude from this area Turkey, which has such a long coastline on the Mediterranean Sea? Nobody claims the reverse."

Referring to Greece's decision to extend its territorial waters to 12 miles "in the Ionian Sea, as part of the delineation of the EEZ with Italy and Albania," he said the expansion is an unalienable sovereign right of Greece. "But the expansion began west of Greece because there is a practical and urgent reason, that of delineating the EEZ," he pointed out.

Europe's door should remain open to Turkey, he told Anadolu, as long as Turkey respects European acquis, democracy and human rights. Greece, he added, will support the updating of the EU Customs Union with Turkey, which he noted will be "in Turkey's and Europe's interests both."

Katrougalos confirmed the commitment of both countries to de-escalating recent tension in the Aegean and said that during his recent meeting with Cavusoglu in Brussels, both of them worked on this issue and on setting up a positive agenda.