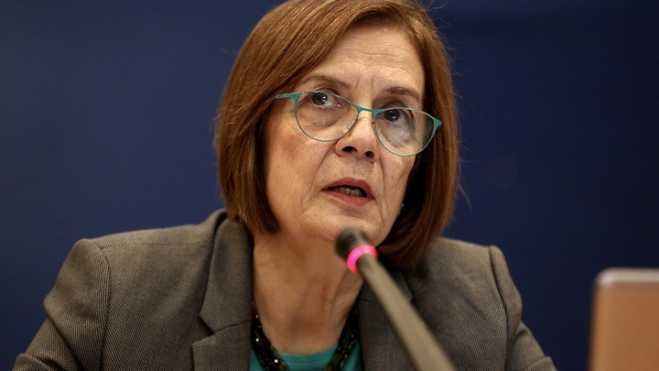 In a statement to the Athens-Macedonian News Agency (ANA) Zorba said it was a great “ impropriety” on ND’s part to attempt to link the self-evidently necessary declaration and delineation of an archaeological site in Piraeus with Cosco’s investment and economic activity at the country’s largest port.

“CAC rulings are the guarantee and security that investors need and ND is making a mistake when it questions them so lightly,” she said.

“CAC is neither ‘left’ nor ‘right’. It is made up of distinguished academics and is a serious agency that stands above party politics,” Zorba noted, pointing out that the Council had conditionally approved the initial development programme and investment master plan of the Piraeus Port Authority.

The minister said that she had received the mayor of Piraeus Yiannis Moralis and provided the necessary explanations, while adding that “ respect for one of the largest ports of the Mediterranean must be universal”.

“As modern Greek men and women we must steadily preserve an identity that combines respect for ancient heritage and the response to the growth track the country has entered. The example of Thessaloniki where a solution was found for the Metro to coexist with the new ancient and Byzantine finds is telling: both antiquities and the metro,” she added.