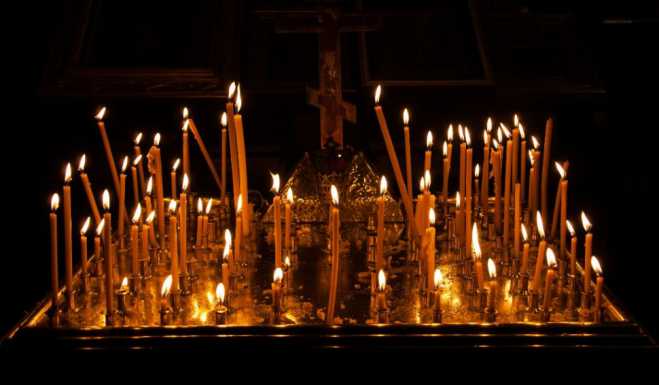 These three days, which the Church calls Great and Holy have within the liturgical development of the Holy Week a very definite purpose. They place all its celebrations in the perspective of End ; they remind us of the eschatological meaning of Pascha.

So often Holy Week is considered one of the “beautiful traditions” or “customs,” a self-evident “part” of our calendar. We take it for granted and enjoy it as a cherished annual event which we have “observed” since childhood, we admire the beauty of its services, the pageantry of its rites and, last but not least, we like the fuss about the paschal table. And then, when all this is done we resume our normal life. But do we understand that when the world rejected its Savior, when “Jesus began to be sorrowful and very heavy... and his soul was exceedingly sorrowful even unto death,” when He died on the Cross, “normal life” came to its end and is no longer possible. For there were “normal” men who shouted “Crucify Him” who spat at Him and nailed Him to the Cross. And they hated and killed Him precisely because He was troubling their normal life. It was indeed a perfectly “normal” world which preferred darkness and death to light and life.... By the death of Jesus the “normal” world, and “normal” life were irrevocably condemned. Or rather they revealed their true and abnormal inability to receive the Light, the terrible power of evil in them. “Now is the Judgment of this world” (John 12:31). The Pascha of Jesus signified its end to “this world” and it has been at its end since then. This end can last for hundreds of centuries this does not alter the nature of time in which we live as the “last time.” “The fashion of this world passeth away...” (I Cor. 7:31).

Pascha means passover, passage. The feast of Passover was for the Jews the annual commemoration of their whole history as salvation, and of salvation as passage from the slavery of Egypt into freedom, from exile into the promised land. It was also the anticipation of the ultimate passage—into the Kingdom of God. And Christ was the fulfillment of Pascha. He performed the ultimate passage: from death into life, from this “old world” into the new world into the new time of the Kingdom. And he opened the possibility of this passage to us. Living in “this world” we can already be “not of this world,” i.e. be free from slavery to death and sin, partakers of the “world to come.” But for this we must also perform our own passage, we must condemn the old Adam in us, we must put on Christ in the baptismal death and have our true life hidden in God with Christ, in the “world to come....”

And thus Easter is not an annual commemoration, solemn and beautiful, of a past event. It is this Event itself shown, given to us, as always efficient, always revealing our world, our time, our life as being at their end, and announcing the Beginning of the new life.... And the function of the three first days of Holy Week is precisely to challenge us with this ultimate meaning of Pascha and to prepare us to the understanding and acceptance of it.