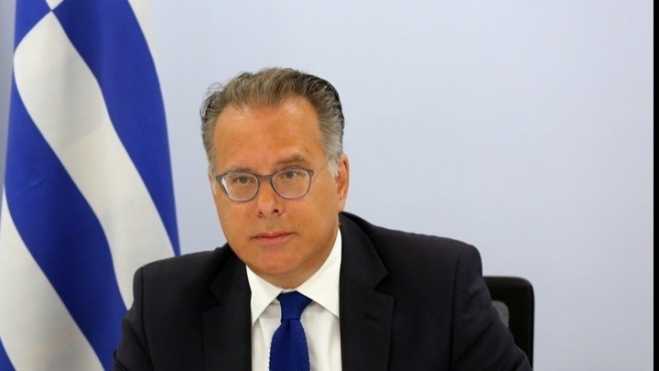 "The document I saw at the Foreign Policy Council constitutes a basis for dialogue," main opposition New Democracy (ND) shadow foreign minister George Koumoutsakos said in an interview with public broadcaster ERT regarding the establishment of Council on National Security.

Koumoutsakos stressed the importance of a National Security Council. "We need a decision-making body and we need a very competent national security advisor to help, to recommend, to give an opinion," he said.He expressed the view that Greece can play a leading role in the Eastern Mediterranean, at a time when Turkey is tending to de-westernisation. "We are at a critical point in Greek-US relations. Until now we were laying down the groundwork for the new relationship. Now it is the crucial time to implement this strategic partnership. We believe that in order to move to this new stage of implementation, we need a state that can support this role. This state does not exist, and it can only be achieved if the government changes," Koumoutsakos said."To serve this role, you must be prepared - not only geostrategically, but also internally, you must be ready. This means having a robust economy and governance, peace and security in the interior, and a society that believes in this new role. These conditions do not exist at this time," he explained.Good Greek-US relations have also come about due to changes in the region, Koumoutsakos said, arguing that Turkey has several open fronts with the West and has a very bad relationship, perhaps the worst maybe for decades, with Israel, at the same time that it has problems with an allied country, Greece, and is blocking the West's alternative energy strategy. "It is reasonable that the United States, with pressure from Israeli also, is looking for a good productive relationship in Greece, because there a tendency is emerging for Turkey to move away from the West. This is not the result of the actions of the current government but of changes in the geopolitical situation in the region," he argued.