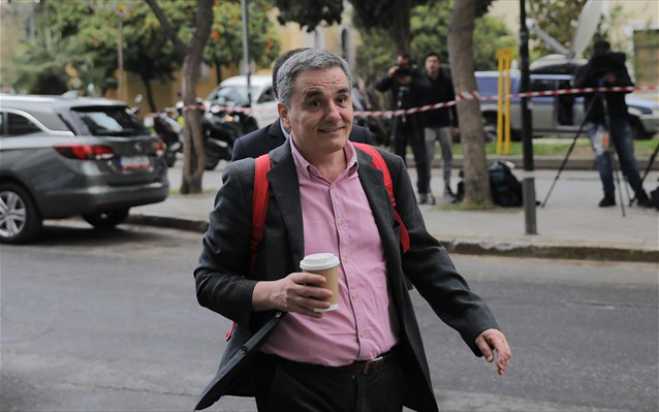 Greek Finance Minister Euclid Tsakalotos on Wednesday, May Day in Greece, attempted to navigate a political "tight rope" by acknowledging the need to reduce skyrocketing taxes in the country while at the same time promising a "redistribution of income".

Tsakalotos, a UK-based economics professor who left academia to delve into far-left Greek politics and was eventually rewarded with the top Cabinet portfolio in a SYRIZA government, made the comment during a radio interview in a provincial northwest Greece city. With three elections forthcoming - including general poll by no later than October - SYRIZA is badly trailing center-right New Democracy (ND) in all mainstream election polls.

Speaking in general terms, Tsakalotos said "growth has returned, exports are going well, investments are taking place," while adding that promises made during the September 2015 election - not the January 2015 race - are "slowly being to be implemented; we have access to the markets, pensions weren't cut".

After citing market access and what he called higher investments, he pivoted back along the ideological path.

"In a leftist government we have a concern to reduce taxation and a concern to redistribute income; both elements are important," he said, while even describing a possible new, class-based tax.

"... such as the implementation of a tax on yachts visiting our islands. I say this because not all taxes should be reduced; there are people that have the ability (to pay more) ... not everyone has been burdened the same from this crisis."

Finally, he said over-exceeding the annual primary budget surplus target mandated by creditors was not the goal of the government beforehand, although admitting that over-exceeding targets substantially aids the country's creditworthiness.