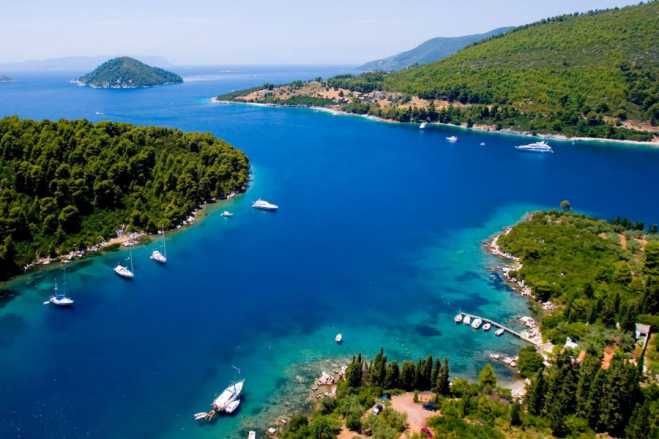 Skopelos’ beautiful beaches, lush green landscapes, traditional cuisine and rich history and culture will be broadcast to over 16 million viewers across the U.S. through the new travel show Mediterranean Blue to air on American television stations PBS (Public Broadcasting Service) and Create TV. The show will showcase 13 destinations in Greece in 13 episodes.

Led by Director George Stamou of Artos Productions LLC and hosted by Greek-American tv presenter and media executive Yanna Darilis, Skopelos was selected to be among the 13 hand-selected destinations in Greece that offer a perfect mix of sea and sun in addition to local traditions.

The show recently spent time on Skopelos filming the cultural highlights of the island’s town and gaining in-depth local knowledge with the support of tourism professionals.

Aiming to promote the Mediterranean lifestyle and diet, filming also included a live cooking class with traditional recipes at the idyllic location of Blue Green Bay on beautiful Panormos Beach.

Throughout the duration of filming, the crew was accommodated at Skopelos Holidays Hotel & Spa of Spyrou Hotels, which is a sponsor of the show.

“We are looking forward to give viewers across the US an in-depth look at the beauties of Skopelos”, said John Grigoras, Deputy Marketing & Sales Manager, Spyrou Hotels.

“This is wonderful coverage for the island, following up on the global success of the 2008 hit Mamma Mia!. Filming for Mediterranean Blue retraced some of the locations featured in the movie and offers a more intimate look at the diverse experience visitors can expect from their vacation”, he said.

Other destinations to be shown on Mediterranean Blue include Rhodes, Nisyros, Kos, Kalymnos and Patmos.