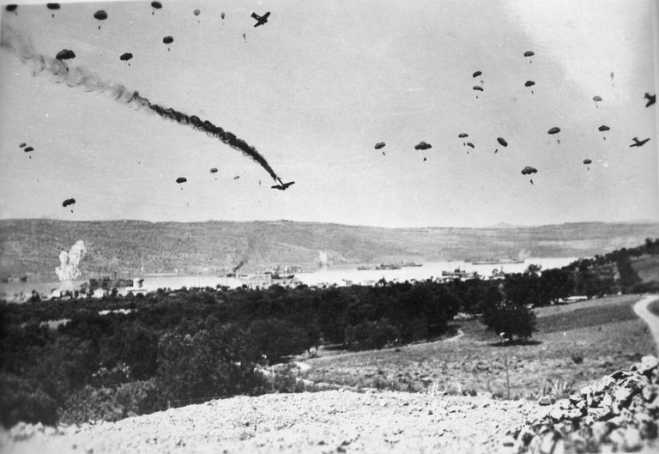 The victims of the Battle of Crete during World War 2 were honoured during events commemorating the 78th anniversary of the iconic battle at the Maleme airport near Chania on Tuesday.

Greece today honours all who sacrificed their lives and who “gave us the privilege of walking on sacred land and living free,” National Defence Minister Evangelos Apostolakis said on Tuesday, representing the government.

“Our obligation is not limited to preserving their memory,” Apostolakis said of Greek and foreign fighters during World War II on Crete, “but to fighting together as Greeks for peace and security of the country and for a homeland with a future worthy of it.”

In his message, the minister said that Greece is a conduit of communication between countries in the Balkans and the East Mediterranean, especially during challenging times with Turkey’s provocations, and must focus on peace and stability.

Commemorative events included a memorial service at the airport and a laying of wreaths. A group of 24 men from the First Squadron of Parachute Corps performed a drop from 1,200 feet, and this was followed by Hellenic Air Force officer Andreas Volakakis performing vertical manoeuvres with an F-16.