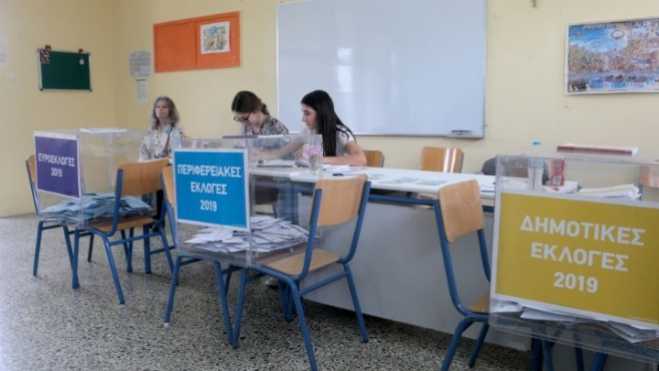 In roughly one third of municipalities in Greece, 107 in total, the mayor has been elected in the first round of the local government elections. In most cases where the vote ended in the first round, the winning candidates were mayors running for re-election.

Among Greece's 10 largest municipalities, the city of Volos re-elected Achilleas Beos with 57.23 pct in the first round and the west Athens district of Peristeri elected Andreas Pachatouridis with a landslide 74.18 pct.For the rest of the municipalities there will be a second round of elections next Sunday between the top two candidates of the first round.These will include the City of Athens, where ND-affiliated Kostas Bakoyannis will run against SYRIZA-affiliated Nasos Iliopoulos, the City of Thessaloniki, where the battle will be between Nikos Tachiaos and Konstantinos Zervas, as well as Patras, Heraklion, Piraeus, Larisa, Rhodes and Ioannina.