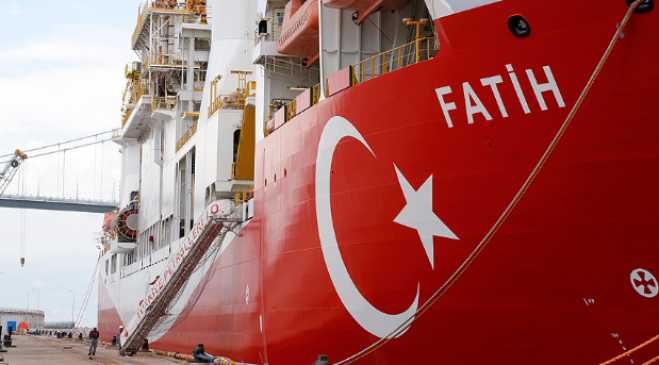 Turkey is not leaving its strategy of tension, which seems to create its first reaction to the international arrest warrants of the Republic of Cyprus towards the personnel of the drilling rig “Fatih”, which sailed to the Cypriot EEZ. This, as a reaction of Nicosia, seems to have a result, since in the last few hours there has been information that members of the “Fatih”, mainly with North European origin, have asked to leave the drilling rig.

This information has not been confirmed directly, but indirectly it seems, judging by the reaction of Ankara, that this action has had an effect.

“We are closely following the reports in the media that the Greek Cypriot administration in Cyprus has issued arrest warrants against the workers in the support boats of the drill ship ‘Fatih’ ”, Turkish Foreign Ministry spokesman Hami Aksoy said in his statement today.