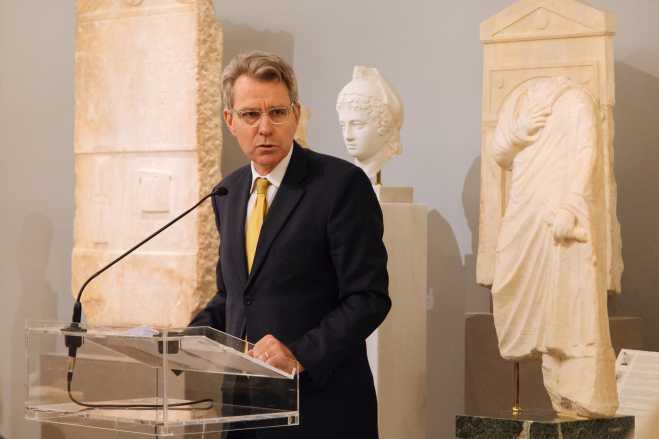 US ambassador to Greece Geoffrey Pyatt pointed to a reinforced military cooperation between Greece and the United States as reflecting a tangible commitment by the US administration to support its alliance with the east Mediterranean country.

Pyatt spoke at an event hosted by the Atlantic Council in Washington D.C.

Asked to what degree the US is willing to preemptively "intervene" in order to avoid a crisis in the Aegean or east Mediterranean - a reference to continued Turkish military provocations and threats in both maritime regions - the veteran US diplomat merely said Washington was fully dedicated to every dimension of its alliance with Greece.