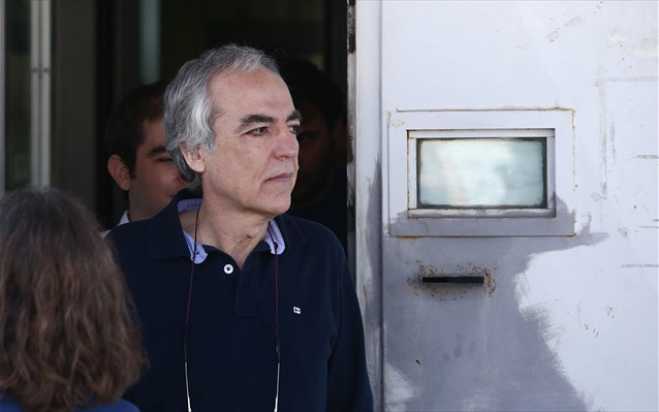 Α Volos-area prosecutor on Wednesday recommended against an appeal by a convicted terrorist to receive a prison furlough.

A previous application for a furlough by "November 17" arch-assassin Dimitris Koufodinas was rejected by a judicial council in the central Greece city, which has jurisdiction over the prison farm where he is serving 11 life sentences for murder.

A high court prosecutor intervened in the process last month and appealed the council's ruling to the Supreme Court, where a majority of justices assigned the case opined that even inmates serving multiple life sentences in Greece have a right to furloughs.

Another judicial council, which a new composition, will issue a final ruling on June 21, taking into consideration the prosecutor's recommendation.

According to reports, one reasoning behind the prosecutor's opinion is the fact that Koufodinas faces a new felony charge of simple complicity in a 2018 prison incident. At the time, the convicted terrorist signed a letter of solidarity, along with another 19 inmates, against the transfer of another inmate.

A last-minute series of modifications to Greece's penal code - passed by the outgoing hard left Tsipras government in the last days before an early election was officially declared for July 7 -  downgrades the specific charge from a felony to a misdemeanor.