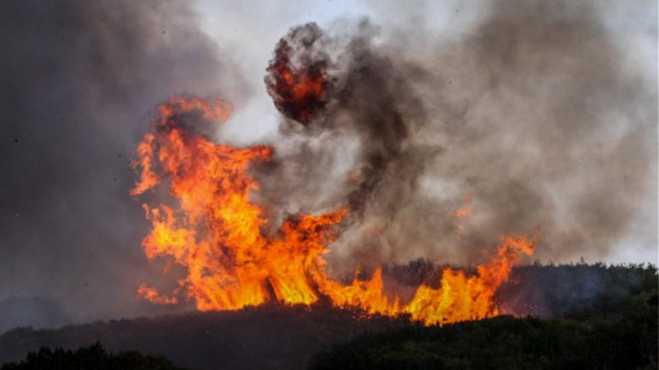 The great fire raging in the area of Fthiotida out of control has reached the limits of the village of Divri which has been evacuated for precautionary reasons.

The residents, according to the official information from the Fire Department, have been assembled in a safe location.

At the same time, the firefighting forces have been reinforced both by the services Evritania as well as Fokida.

According to testimonies, the flames passed through the courtyards of the first houses of the northern part of the village and fortunately the fire front turned towards the mountain.

Ground forces and fire fighting airplanes fight with the flames to prevent the village from burning, while the fire forces are being constantly reinforced to control the fire.