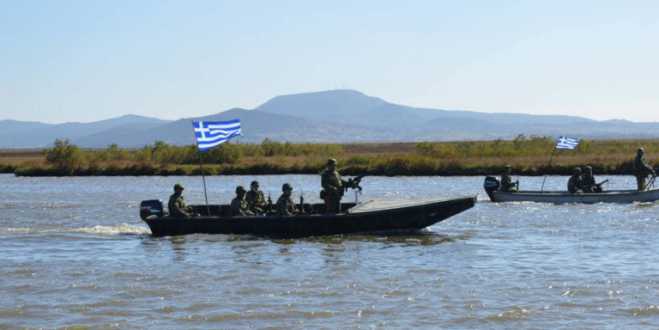 A serious incident appears to have occurred on Tuesday night (16/07) in the Evros Delta when four Turkish soldiers threatened with their weapons two Greek fishermen who were in the area.

One of the two fishermen spoke to ANT1's main news bulletin and described his experience that shocked him and his friend at the view of the gun barrels. As they revealed the Turks asked them to move away.

As he said, the Turksish soldiers in Evros were hidden behind the reeds in the Neraidokampos area. "I saw four soldiers. And when they saw us, they went out and they took aim on us," says Kamilaris. It is noted that the continuous patrols of the XII Division with river boats have made the Turks limit such harassment, but on Tuesday (16/07) the Turks found the opportunity to cause another episode.

Military sources in communication with ANT1 confirmed the incident that occurred in Evros, stressing that the incident took place at the time of changing the watch of patrols on river boats.