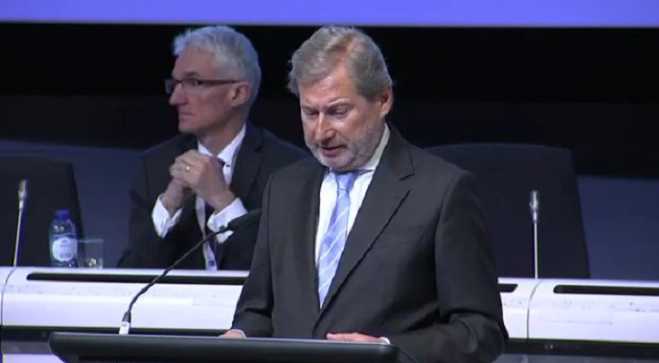 The European Commissioner Johannes Hahn points out the danger of a new blow to the Greek economy, due to the under-utilization and mismanagement of European funds (more than 2 billion euros) by the previous government.

In his letter to the current political leadership of the Ministry of Development and Investment, published by "Real News", the Commissioner highlights five areas in which our country is performing particularly poorly, thus putting obstacles to the recovery of the domestic economy.

“I would like to share with you some thoughts on the current 2014-2020 programming period and preparations for the next, 2021-2027. Greece was one of the best performing countries in the implementation of co-financed operational programs. I am afraid that Greece is losing this momentum, ”he notes in his letter.

“The slowdown in the use of funds is due to a number of issues. Projects that started early in the planning period or were prepared from the previous period provided significant funding opportunities, but they no longer exist. On the other hand, new projects are delaying their implementation. Consequently, the successful continuation and completion of ongoing ventures require a number of follow-up actions in the coming months. "

Mr Khan's detailed reports are about delays in the implementation of programs such as "Save at Home II", incorrect management of municipal waste, failure to implement digital public administration reform and freight logistics ).

In addition, raising an issue with many implications, the Commissioner records the malfunctions resulting from the large discounts by which construction companies win project bids in Greece. Significant, however, is the fact that Khan reports that the risk of losing funding in all these areas has been highlighted again in Athens, and in particular in the Commission's report on Greece, which was completed in February 2019.