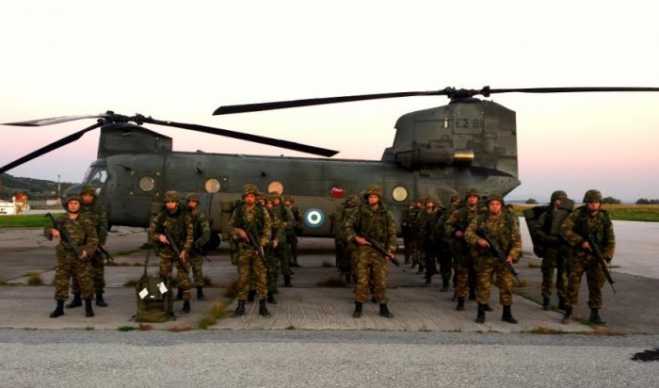 Greece and the United States have recently been engaged in intensive negotiations on the signing of a new, updated Mutual Defense Cooperation Agreement (MDCA) that will replace the existing one dating back to 1990 (which has become known as "the bases' agreement") and is considered obsolete due to the rapid changes that have taken place in recent years.

According to exclusive information from the Voice, after talks with diplomats and military officials, as well as classified telegrams of which the newspaper has become public, key points in US demands are:

(a) the need for flexibility to enable the funds from the US defense budget to be disbursed more quickly; and

(b) extending the term of validity of the MDCA initially to eight or even 10 years, and then indefinitely.

The information converges on the fact that the deadline for signing a new agreement is next autumn - probably in October.

The urgency of the issue was raised both during Secretary of State Nikos Dendia's recent visit to Washington and during talks with US Assistant Secretary of State for European and Eurasian Affairs Philip Ricker a few weeks ago in Athens.

At the same time, Americans have changed the way they view not only the region of Southeast Europe, but also that of the Eastern Mediterranean.

In this context, Greece has become a link in a chain of "frontier states", as described by former US Assistant Secretary of State Wes Mitchell, who claims - in some ways - the paternity of this theoretical  design.

The US side has raised in both meetings (a third meeting scheduled for the second ten days of September and final dates to be decided shortly) the need for changes to the MDCA annex to ensure the necessary flexibility to allocate significant funds. the Pentagon's budget without spending too much time on congressional procedures.

At the same time, Americans would like the duration of a new agreement to be eight years or ten years and then to be renewed "indefinitely" - contrary to the annual renewal provided by the existing MDCA.

This is probably the simplest part of the conversation. The difficult part is to start with the facilities covered by a new agreement and the activities that will be performed at those facilities. In relation to the original 1990 agreement, the only facility - Facilities that still exists is the Souda Air Base, the "diamond of the Mediterranean" as they have called it.

This is the "core" of the American presence and is governed by a special status that has specialized over the years through technical agreements and confidential cooperation memoranda. In addition, it is worth noting that this regime offers increased responsibilities to the American side and places some restrictions on Greek sovereignty.

But now and in the context of the new American policy, there are three other facilities that are used for the temporary presence and activities of their forces

(a) the Larissa Air Base (where the MQ-9 Reapers are stationed and where they have been staying for 2 years),

(b) for the Army Air Base at Stefanovikio Magnesia (used inter alia for F-16 parking and training and Apache and Black Hawk helicopters; and

(c) the port of Alexandroupolis.

As mentioned above, the list of facilities proposed to be included in the annex to an updated MDCA includes the three new sites utilized by the US, namely Larissa Air Force Base, Army Air Base at Stefanovikio and Alexandroupolis.

Unlike Souda, the facilities in Larissa and Stefanovikio are governed by a different regime: The American presence is rotating and some of the activities are carried out jointly with Greek forces.

In addition, this is what happened with the deployment of UAVs, the legal status on which the US presence is based is different, not based on the MDCA, but on Memorandums of Understanding that have not been ratified.