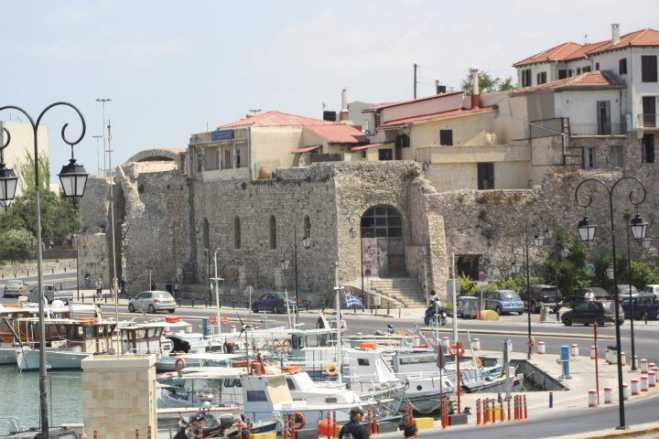 In a recent international real estate article, the New York Times featured Crete and its housing market, highlighting a villa located in Plaka in the northwest of the island.

The 2,690-square-foot, two-story Villa Ioanna has seven bedrooms and four bathrooms and “sits on a sloping, 1.23-acre lot near several olive groves and overlooks Souda Bay and the Mediterranean Sea”, the Times reported, adding that the whitewashed concrete house was built in 1994 and was once a two-family home, but a renovation six years ago made it one-family.

The property’s manager and the owner’s daughter Penelope Vlamaki told the Times, “we wanted it to be more modern”.

With traditional Greek design, archways throughout, marble floors, a kitchen with wood cabinets, stainless steel double sink and a breakfast bar, the house features sliding glass doors, a broad balcony, a heated pool and a Jacuzzi. Freshwater tanks, solar panels, internet, satellite TV and parking for three cars are also among the amenities. The villa is on the market for $1.3 million (1.2 million Euro).

The real estate market in Greece had been in a slump for nine years during the financial crisis. But things are improving steadily. The Times reported that “in 2018, real estate investment increased by 20 percent and prices by almost 2 percent, according to the Bank of Greece, and the volume of building permits, which had fallen for seven straight years, rose more than 10 percent. The turnaround coincided with the end, in August 2018, of Greece’s $360 billion bailout by the International Monetary Fund”.