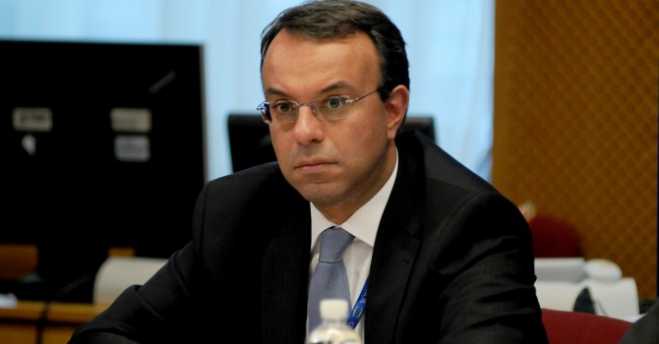 Greek Finance Minister Christos Staikouras will attend a Eurogroup meeting on Friday, on the back of an announcement of a fresh stimulus package by the European Central Bank (ECB) on Thursday.

With the eurozone economy at risk of slowing down, ECB chief Mario Draghi announced an interest rate cut and plans to pump 20 billion euros a month into the financial markets.

In what is seen as a boost to Athens’ efforts to convince Eurozone partners of the need for a smaller annual primary surplus, Draghi said Eurozone governments must take greater steps to promote growth by increasing public spending or cutting taxes.

Staikouras will present the Greek government’s program of economic reform to counterparts on Friday, which includes a series of tax cuts. In his first Eurogroup meeting since New Democracy came to power in July, the Finance Minister will make a case for a different policy mix.

He is also set to inform the Eurogroup of Athens’ intention to repay 2.9 billion euros worth of International Monetary Fund (IMF) loans early. The government expects to save about from 75 million euros from the early repayment.

Moreover, Staikouras will make clear that Athens intends to fully respect its post-bailout commitments, including the obligation to post a 3.5% primary surplus annually. Regardless, the Kyriacos Mitsotakis administration will also seek to gradually introduce tax cuts and structural reforms that are geared towards attracting foreign investment and boosting growth.

Representatives of Greece’s international creditors will arrive in Athens next week for a post-bailout review of the economy. Technical groups will begin their assessment on Monday, while on 23 September the mission chiefs will arrive in the Greek capital for talks with government officials.

The IMF is expected to publish its annual report on Greece in October, which is expected to reiterate the view that high primary surplus targets are counterproductive.