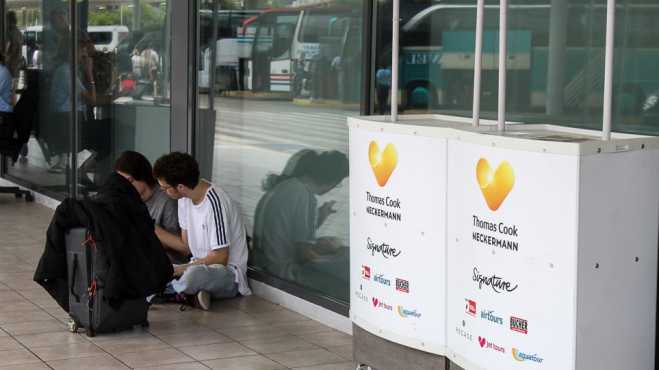 Greek hoteliers are estimated to incur losses of €500m due to the collapse of global tour operators Thomas Cook, according to the president of the Hellenic Hoteliers Federation (HFF).

It might yet be unclear how the bankruptcy will affect the group’s activities in other markets in relation to Greece, like Belgium, the Netherlands, Scandinavian markets, Germany, the HFF President Grigoris Tasios estimates that these losses relate only to the damage suffered by domestic tourism from the British market.

He stressed under the current circumstances it is especially important to make visitors stranded in Greece welcomed while doing everything possible form their return. According to Mr. Tasios, the problems are more heightened in Crete, Rhodes, Kos, and Corfu.

According to initial calculations by Cretan hoteliers in Rethymnon and Heraklion, between €80 and €100 million are expected to be written off as losses for the entire island, with the most important issue being how much of those losses travel insurance companies will be covering.

In any event, it is reasonable to assume that any indemnities – if any – will be delayed, placing a huge burden on tourism businesses, as their financial obligations and deadlines to other parties will have to be met.

Exacerbating this pressure on the accommodation and hospitality sector in Greece is the fact that the travel agency made its payments after a period of two to three months.

According to estimates, there are currently 2,500 visitors in Rhodes and about 1,600 to Kos who have come via Thomas Cook. Especially for today, there was no scheduled flight of the company from Rhodes. As far as Kos is concerned, 3 flights have been scheduled for today, the passengers of which are being served by other airlines and their return operation to England is progressing smoothly.

Meanwhile, competent state authorities in Greece like the Tourism Ministry have been in continuous contacts with relevant partners affected by the dire development in an effort to mitigate the effects as much as possible.