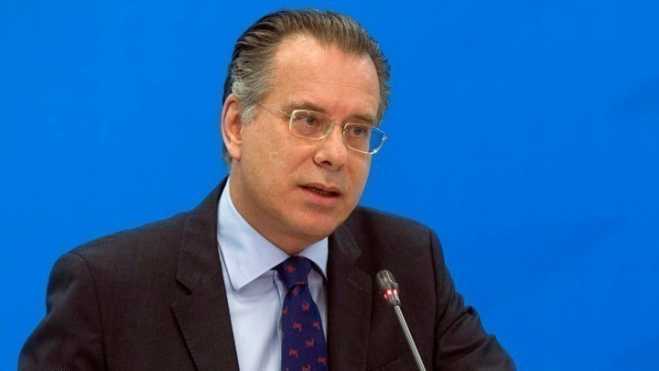 Koumoutsakos will meet with Turkish Interior Minister Süleyman Soylu to discuss the latest developments in migration / refugee issue and the implementation of the 2016 European Union - Turkey Joint Declaration, according to a statement

Before his trip, Koumoutsakos briefed parliament on his ministry. In doing so Mr. Koumoutsakos also referred to his visit to Turkey. "We do not go as mendicants, we go as a country, which may even have the potential to convince Turkey that there must be a consensus. Because when they come to its shores and pass here, it is a source of attraction to other migratory currents in Turkey itself," the Deputy Minister of Citizen Protection said.

"If the flows are well controlled, effectively, we can all win. But it is a matter of Ankara's own will. We will try to explore, to secure communication channels, to develop a system of cooperation under the Euro-Turkish Agreement. The problem is not bilateral, it is the bilateral dimension of a Euro-Turkish agreement. "

Informing the House Committee on the situation received by the ND government, the Deputy Minister of Citizen Protection said that in reception and identification centers, populations are dangerously larger than anticipated and at the same time, asylum applications that are pending. before the competent committees reach 75,000.

The ND government, Mr Koumoutsakos also said, took over the ministry of immigration policy, which was built on the crisis but is "a tool that is stuck, rusted, distorted, without a single, strong and robust structure. A ministry that was built from the ground up, with officials coming from different areas of Public Administration, a ministry that has yet to be formed, fragmented among many buildings. "