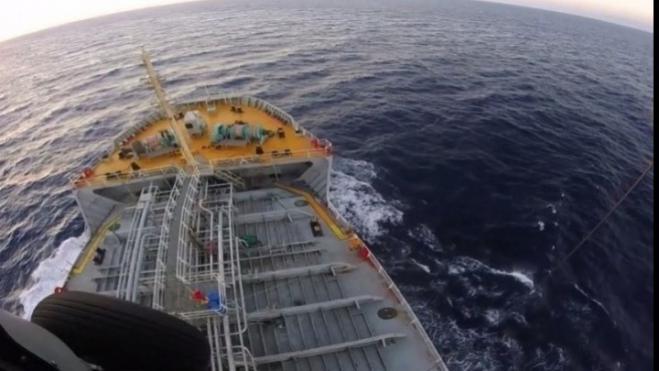 Shipowner Delta Tankers Ltd on Saturday released a statement to clarify that none of its Greek-flagged tankers was involved in a reported environmental pollution incident off the coast of Brazil.

"Delta Tankers Ltd, managing company of the Greek tanker 'Bouboulina' clarifies that no Brazilian public authority has ever contacted either the company itself or the specific ship, as part of an ongoing investigation into the oil spill that appeared on the Brazilian coast at the end of summer," said Delta Tankers.

At the same time, the company noted that 'Bouboulina' "departed from Venezuela, full cargo, on July 19, 2019 and headed for the port of Melaka in Malaysia. The ship arrived at its destination without any problems during the voyage and unloaded its entire cargo without any loss whatsoever," reads the company's statement.

According to a Reuters dispatch, Brazilian investigators on Friday claimed that a Greek-flagged ship carrying Venezuelan crude was the source of oil polluting thousands of kilometers of coastline over the past two months, while in the same report a prosecutors’ document obtained by Reuters allegedly identified the ship as the 'Bouboulina.