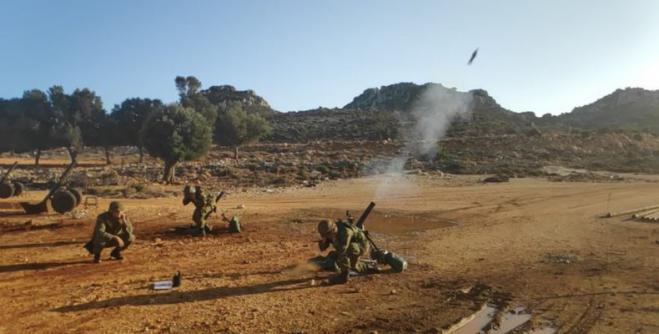 In a move that caught Turkey literally by surprise, 95 ADTE (National Guard High Command) conducted  for the first time a live fire exercise on a large scale in Kastellorizo.

A veritable hellfire was unleashed from 81mm mortars, Zu-23 AA guns, 0.50 machine guns, MG3 machine guns, 105 mm howiters and 120 mm mortars just a breath away from Turkey, showing that the Greek Armed Forces are capable of defending any territory of ours.

The exercise in Kastellorizo ​​took place at the time when exercise "Medusa" also was taking place in Crete and this has its own meaning. The impressive move was made in the context of operational training and for the first time combining indirect and direct fire in the maritime area west of Kastellorizo ​​and south of Rome at distances of two to five kilometers.