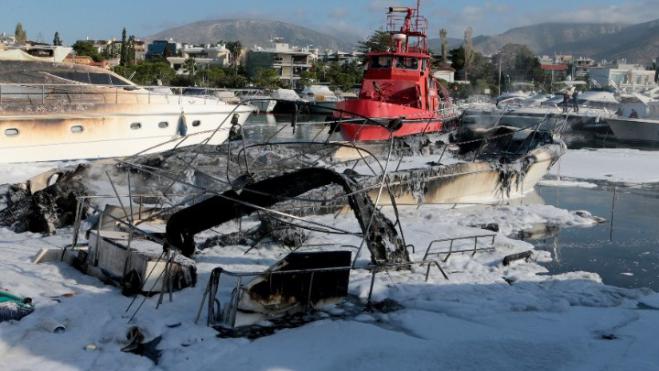 A fire that broke out on Thursday on two yachts docked in the marina of the coastal Attica suburb of Glyfada, which later spread to another smaller boat, was placed under control.

The yachts suffer extensive damage while anti pollution booms has been placed around the yachts to contain any oil slicks.

Six fire engines with 18 firemen and a fire brigade vessel took part in the operation.