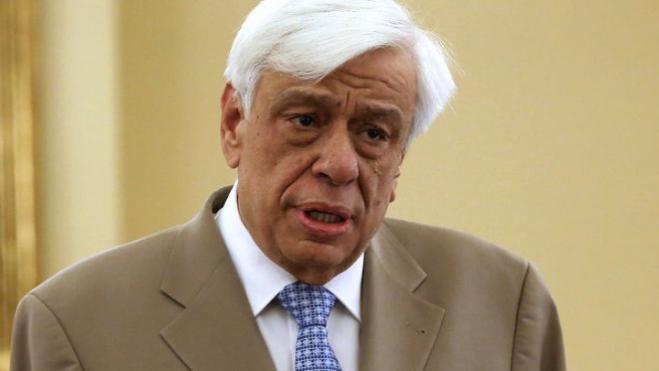 President of the Hellenic Republic Prokopios Pavlopoulos on Sunday sent a message to Turkey to abandon the cruel distortion of history and to respect the sovereignty, the borders, the territory and Greece's exclusive economic zone which is also the borders, the territory and the exclusive economic zone of the European Union during his speech after being pronounced honorary citizen of Pinios municipality.

Pavlopoulos said that we are extending the hand of friendship and of good neighbourly relations to Turkey and its people, as we believe that the past should not divide but unite us in order for the Aegean to be always a sea of peace and of peaceful co-existence.

However, he underlined that this has as fundamental prerequisite, that Turkey will respect and comply with the international and the European laws in its whole and secondly that it will abandon the history distortion attitude.