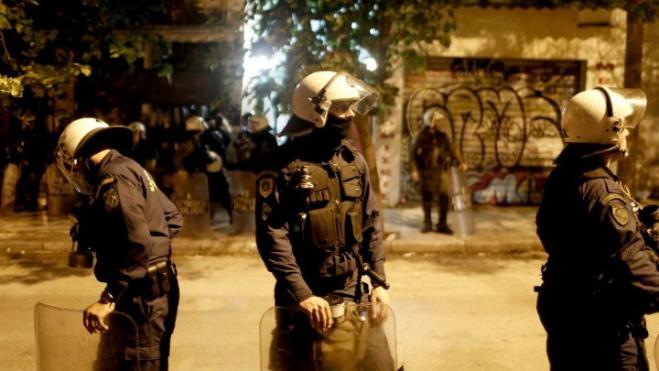 Thirty-three people were arrested and 53 were detained during protests in the Athens district of Exarchia late on Sunday night, the anniversary of the November 17, 1973 student uprising at the Athens Polytechnic.

Two police officers, as well s two civilians, among them a journalist, were injured.

Another 14 people were arrested in Thessaloniki, 10 in Patras and seven in Heraklion, Crete, during protests.