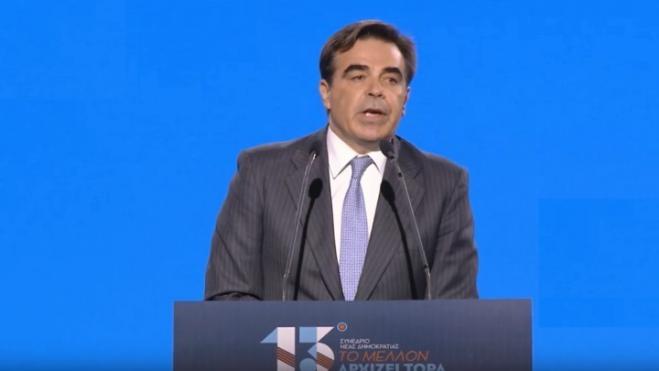 Europe will either show solidarity on the migration issue or ceases to be Europe, European Commission Vice President Margaritis Schinas said on Sunday, at the New Democracy (ND) party's 13th congress in Athens.Speaking of the migration issue, the Greek Commissioner said that the country was holding its own in the name of Europe.

"In a few months, the European coast guard will add guards to protect its borders. This shows the EU's decision - finally - to protect our common borders," Schinas said.

The Commission, he continued "will propose a new agreement on migration and asylum. All EU member states will share the burden and pressures fairly.

Either Europe shows solidarity, or it is no longer Europe. Greece is Europe, and it will manage its difficulties as Europe, with the support of its partners."

He said that the hotspot of Moria "wounds us deeply," and criticized groups in Greece that staged protests against hosting migrants. These events, he asserted, "are not tolerable or compatible with a nation that has traditionally integrated refugees."

Schinas referred to the critical negotiations of Greece in the EU in 2015, saying that Greece's membership in the Eurozone was seriously threatened and praising veteran politician and former European Commission president Jean-Claude Juncker for "holding Greece back from the precipice."

Today's Greece, he said, is "an oasis of stability in our unstable region" and "the first country-bulwark against populism." He also called for a development and investment reset in the Greek economy, and pledged to try and respond to everyone's expectations as all Greek commissioners to date had done.

Asked to his being the first Greek vice president of the European Commission, Schinas said this is an honor that in turn reflects honor on Greece, on ND party leader and Prime Minister Kyriakos Mitsotakis and ultimately on the founder of ND, the late Konstantinos Karamanlis, "who placed Greece in Europe."