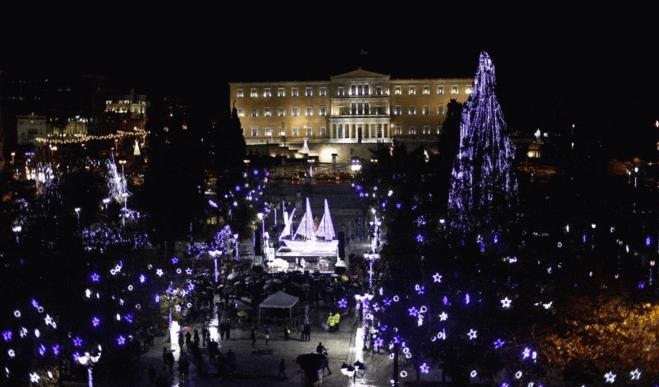 The Greek capital is ready to welcome Christmas and the New Year with a spectacular array of celebrations and events named “Feel the Magic,” announced Athens’ new Mayor Kostas Bakoyannis.

The lights will go up at Syntagma Square on Tuesday, December 10 as the city’s Christmas tree and official celebrations will kick off next week, bringing on the Christmas spirit.

Under the motto “Feel the Magic”, residents and visitors to Athens will have a chance to enjoy 31 days of holiday fun and will be able to choose from more than 60 events and happenings taking place across the city.

Besides the concerts and pop-up events at city squares and neighborhoods, this year’s festivities include open-air screenings, a pop-up museum, a Christmas village, a Christmas light festival and lots of surprises.

Speaking at a press conference this week, Bakoyannis said the aim of the festivities is to “bring the Greek capital into a new light”, establishing it as a promising city break destination that can win over travelers with its culture and art.

The municipality of Athens is launching this year a different approach, aiming to further develop celebrations such as these into events that leave an imprint on culture, art and entertainment,” Bakoyannis said, referring to the support this year of private and public entities, organizations and societies under the “Adopt your city” program.

Mayor Bakoyannis will be joined by some of Greece’s most popular performers including Eurovision winner Elena Paparizou, Idra Kayne, the Athens Big Band and the Batala Atenas percussionists, will light up Athens’ very own Christmas tree on Syntagma Square at 7.30pm on December 10.

Through to the New Year, events will be taking place citywide including yet again the popular Glasshouse project which brings internationally acclaimed DJs to the set to “Play your Wish!” for Christmas.

The events culminate on New Year’s Eve at Syntagma Square when the mayor and musical friends usher in 2020 to the accompaniment of song, dance, fireworks and holiday frenzy.