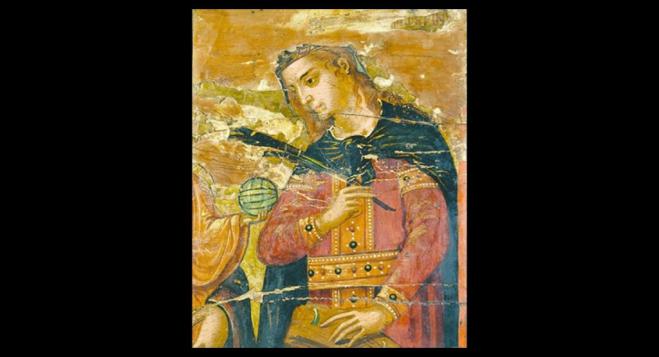 A rare painting attributed to famous painter “El Greco” (Dominikos Theotokopoulos) was found near the city of Chania in Crete, according to statements made by Byzantine Antiquities Commissioner Michalis Andrianakis during the Conference on the Archaeological Work of Crete in Rethymnon.

According to these announcements, an icon of St. Catherine and the Virgin Mary of Odigitria was found in the Church of Our Lady of Tsivara Apokoronou, which is believed to be one of the earliest works of Dominikos Theotokopoulos, at a time when from Crete was under Venetian rule.

According to Mr. Andrianakis, who spoke to local newspaper “Patris”, the painting is considered very important as it is the first in Crete and the study of its style will significantly contribute to knowledge about the Cretan period of El Greco, a period which has not been studied extensively so far.

The icon dates from the second half of the 16th century and its style features differ significantly from the work of other well-known painters of the Cretan School. These elements are similar to Theotokopoulos’ artistic idiom.

As site cretalive.gr reports, the image was cut from two sides in order to fit into the icon of the church of Tsivaras. Due to this fact the painter’s signature is missing from the bottom of the picture, however, the study of the existing elements will continue.