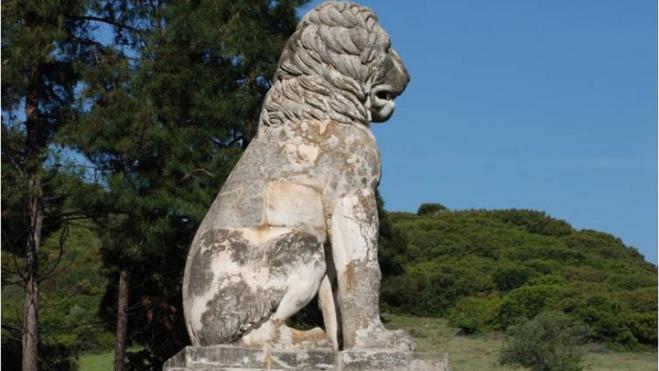 The Central Archaeological Council has unaminously approved a study on stabilising, restoring and showcasing the Kasta Hill Monument at the Amphipolis archaeological site in Serres. The study was approved in a meeting held on Tuesday evening.

According to the architectural study, the monument and the marble perimeter wall that surrounds it date back to the early Hellenistic era. The report also presented evidence that the lion of Amphipolis was originally placed at the summit of the tomb, a conclusion based on the structure of the lion sculpture and other geometrical elements.