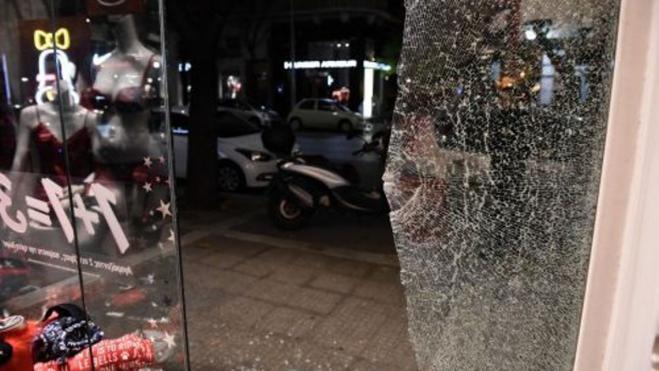 Police arrested 29 suspects in a barrage of assaults that occurred shortly before midnight in central Thessaloniki shops. All the defendants were released after their examination, as nothing was found against them.

A total of 13 shopping venues, including a travel agency, suffered - according to police - damage from the assault of unknown perpetrators. The damage is found in shop windows on Tsimiski, Grigoriou Palamas and Pavlos Mela streets.

According to police, the perpetrators were about twenty and had their features covered, while eyewitnesses reported they were holding crowbars and sledgehammers. At the scene of the attack, graffiti were found with slogans echoing the views of the anarchist and antis-authoritarian space.