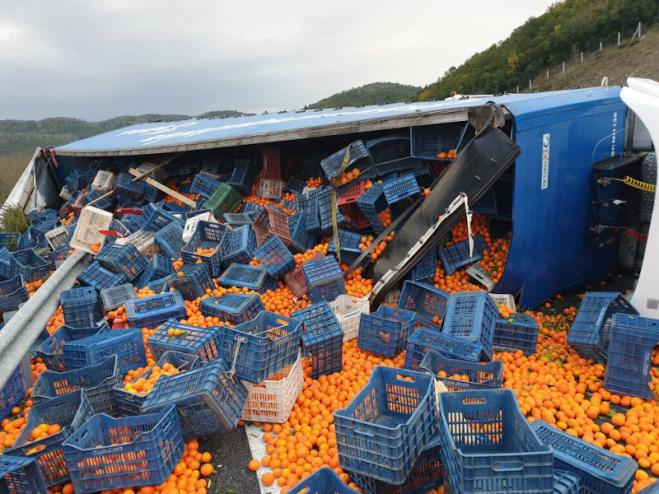 A traffic accident with an overturned tractor trailer occurred yesterday at noon on the Sparti-Tripolis highway near the tolls, causing unbelievable hassle for drivers.

Under unspecified conditions so far, the driver of the truck lost control of the lane, causing it to fold in two and then to crash, closing the highway. As can be seen from the photos on messinialive.gr, the tons of oranges that were being transported were scattered on the roadf, with traffic being interrupted for 4 hours.

According to the same information, the driver of the truck that sustained serious damage was well and was not injured.