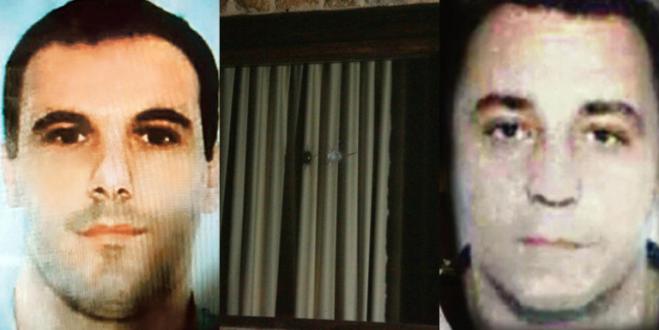 Two people were fatally injured and a woman wounded on Sunday afternoon at a  tavern in the suburb of Vari when they were shot by persond unknown.

According to the latest information from police sources, the victims were having lunch at the local tavern with their families when four people suddenly broke into the area and started firing at them.

The two men, one from Slovenia and one from Montenegro, and the woman were taken to the Asklipion hospital in Vouls. Doctors pronounced tthe two men dead while the woman was hospitalized with leg injuries.
It all started at about 6.30pm on Sunday afternoon when four people fired into the well-known "Voskopoula" tavern in Vlachika, Vari.

The men were dining with their families and the shooting took place in front of the  men's children.

Photos and details of the two dead from the massacre that took place were published by Serbian media.

According to the Kurir newspaper, the two victims of the execution in Vari were members of the Montenegrin-based Scalari faction, which is based in Montenegro but operates in several Balkan countries as well as in Europe in general.

Serbian media are "photographing" as the orchestrator of the blood bathin Vari, the Kavachki group. According to the same sources, the two organizations were originally united, but civil war broke out in 2014 when 200 kg of heroin was "lost". Since then, the mafia "war" has claimed 21 lives (23 with the Vari killings), with other sources raising the number of casualties to 40.

Reportedly, members of the two organizations, such as the "Scalai" executed in Vari, only traveling by taxi. The wives and children of the two deceased had come to Greece for Christmas and it is believed that dinner at the Voskopoula tavern, in Vlachika, Vari, was a farewell as they returned home.

It should be noted that police officers recovered from the Vari's tavern more than 20 9mm shells that came from two guns.

In a report on the massacre of Vari, the Serbian daily Kurir points out that the victims were Igor Dedovic and Stevan Stamatovic, both 43.