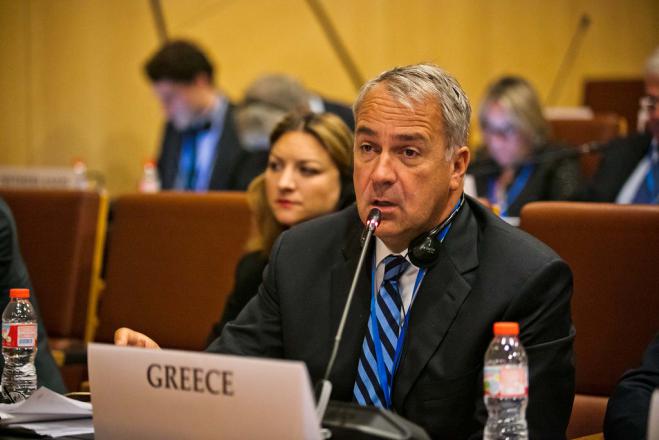 Makis Voridis has revoked the decision to host a12,000-euro "vasilopita" utting for ministry personnel, stating that he will pay for it himself.

The minister's statement comes after the "war" that erupted between SYRIZA and ND over the cutting of the "vasilopita", the New Year's cake of the ministry of rural development. According to a decision posted on government website Diavgia the ministry approved a 12,000-euro credit commitment to cover the cost of the pie cutting event. This angered former Undersecretary of Rural Development and Food Olympia Teligioridou who posted on social media.

The day later the "vasilopita" issue sparked a confrontation between Makis Voridis and Kostas Zachariadis on Open tv. The Minister of Rural Development explained that "there is a fund for this expense, I did not make it up" and added: "I am withdrawing the decision on the upcoming event, I will make a withdrawal decision, go to my office and sign it".

"So I will do this: I will call off my decision and the event will take place and I will pay for it, so that we may understand. And because I am not rich enough to make the money easily, I will get it from the compensation given by Mr. Zachariadis's former government partner, Mr. Kammenos, who [was ordered by the court] to pay me for insulting my personality. I got 40,000 euros in compensation and I will give the money from there, "said Makis Voridis.