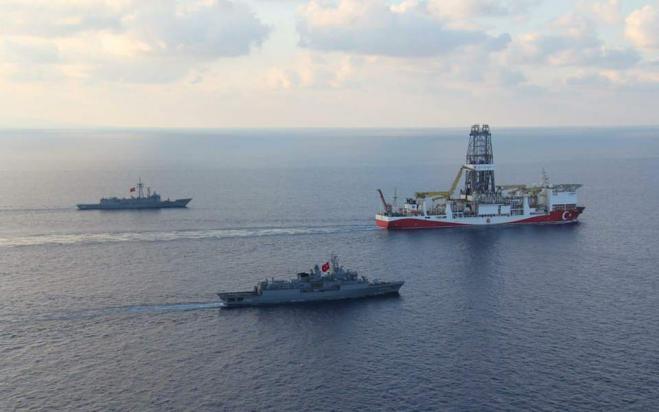 “Only the Republic of Cyprus can claim maritime rights from the territory of Cyprus”, the State Department stated on the occasion of the dispatch of the “Yavuz” drilling ship in the Limassol maritime region, calling on Ankara to put a brake on all relevant activities in Cyprus’ EEZ.

Responding to a question from Greek correspondents in Washington, the US State Department spokesman described the presence of “Yavuz” in the Cyprus EEZ as a provocative step that will create tensions in the Eastern Mediterranean region.

“The United States remains deeply concerned about information regarding Turkish drilling in Cypriot waters, including plans to dispatch Yavuz south of Limassol. This provocative step creates tension in the region. We call on the Turkish authorities to stop this activity”, the spokesman said.

It is worth noting that the spokesman’s statement acknowledges that “only the Republic of Cyprus can claim maritime rights from the territory of Cyprus”.

Encouraging all parties to act with restraint, the spokesman for US diplomacy called on all sides to refrain from actions that could increase tensions in the region.

“We call on all states to resolve their differences peacefully and in accordance with International Law. The development of energy resources in the Eastern Mediterranean should promote co-operation, intensify dialogue between the two communities and between neighbors and form the basis for sustainable energy security and economic prosperity”.

He also noted that Washington continues to support the prospect of an equitable solution to the sharing of the benefits of the exploitation of hydrocarbons between the two communities in Cyprus.