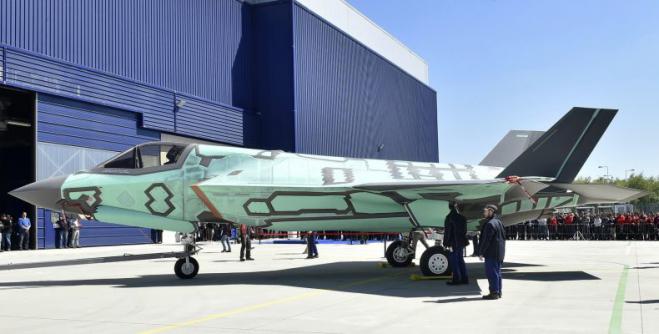 In earlier articles we have repeatedly emphasized the need to modernize all of the F-16s that the Hellenic Air Force maintains. The reasons are many and have been extensively analyzed. To a degree of "overkill" one could say ... A necessary "evil" nonetheless (that of repeated reporting and analysis ...) for the very simple reason that there is no more time. The events themselves are "deafening", and so is Turkey!

However ... On the recent visit of the Greek Prime Minister to the US, the Greek intention to procure a number (a squadron as it was said…) of the F-35A Lightning II fighter was officially unveiled.

The circumstances require us to seek the substance and not to be led astray by impressions. Much has been written, written and will continue to be written about the F-35 and Greece. We consider the following to be of importance:

It is extremely positive that in a televised interview with SKAI, Foreign Minister Nikos Dendias revealed that Greece has requested industrial participation from the US for the production of the F-35. We do not know the details as he did not reveal more, but we certainly know that despite not joining the program in the early 2000s, the American side is able to make concessions on this track.

First of all, because Turkey placed itself out of the program. The total value (for the decades of production to come) in sub-construction work that Turkey will lose (and it will lose it ...) comes to $ 12 billion, and Greece wants this. Can it take over? SURE and it may be, the answer.

It has the infrastructure and properly trained human resources. As for the latter, it is far ahead of Turkey ... All it has to do is exploit both assets. End of story. We can support this view with arguments. The seriousness of the Greek state mechanism in dealing with the issue, of course, is a prerequisite for success over time ...

The F-35's deployment and integration program has faced delays and cost overruns. Somewhat expected for a program of this scope. Block 4 configuration with FOC (Full Operational Capability) capabilities for all three production versions of the F-35 will be available four to five years from now (2024-2025).

How useful are all of these to Greece? They are powerful negotiating cards. Turkey had pledged to procure a total of 100 units within 15 to 20 years, placing an initial order for just 30 aircraft. Why can't Greece do something similar, also claiming production participation? The Americans may insist that only countries that have participated in the program since its inception are eligible for industrial participation.

It is a condition that they have put in place and it is perfectly reasonable - in keeping with their interests - to want to keep it in place. But that in no way means that we are not allowed and that we should not get some work from this program.

As Greece, we have largely supported the US aeronautics industry, always proportionate to the size of the country's economy and potential, ever since 1972 ...

Why should we unequivocally accept that all the work the Turks had undertaken should be redirected to US companies in due course? At least if we must sell our souls, let it be dearly ... But always well thought out.