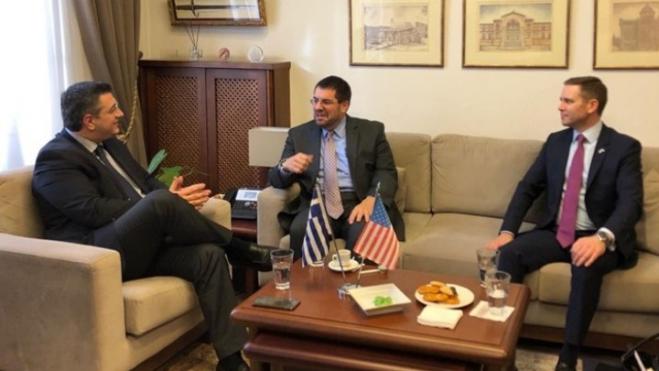 The collaboration of US and Greek high-end technology companies was on Monday discussed in a Thessaloniki meeting among Athens US Embassy Deputy Chief of Mission David Burger, Consul General Gregory W. Pfleger, Jr who serves in Thessaloniki and Central Macedonia Governor Apostolos Tzitzikostas.

The meeting was held in view of the Beyond 4.0 technology and innovation trade fair, to be held in Thessaloniki on October 1-4.

US investments in central Macedonia were discussed, while Governor Tzitzikostas reiterated his region's commitment to boost Greece-US relations there.