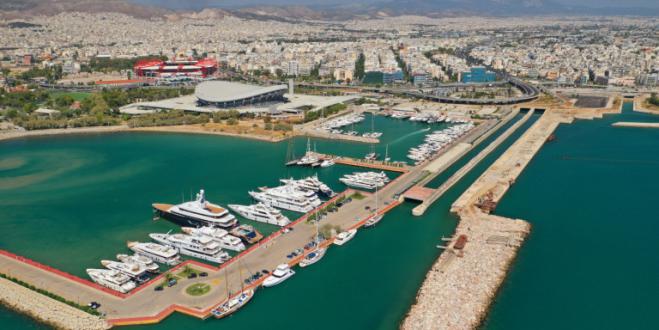 Ways to finance Phase B projects of Faliro Bay reconstruction are being investigated by the Attica Region, according to reports.

Phase B of the redevelopment will be one of the largest public works in the coming years, with an initial budget of € 175 million. The project is expected to be auctioned by the Attica Region in the coming months and includes interventions that will complement the ongoing projects under Phase A of the Faliro Bay regeneration.

According to reports, the Attica Region is considering a scenario to apply to the European Investment Bank (EIB), which is financing infrastructure projects at favorable rates.

However, securing funding for the second phase of rebuilding the coastal front in Moschato and Kallithea is not expected to be a difficult task, given that the country's largest region has more than 300m euros in its funds.

What the study of Renzo Piano foresees
According to the study of the development of the area from Peace and Friendship Stadium to the Faliro Delta prepared by the internationally renowned Italian architect, Renzo Piano, Phase B of the project envisages the creation of a large park and three parking spaces.

The 220-acre park will be created along the coastal frontage, between the Peace and Friendship Stadium and the Stavros Niarchos Foundation. The area of ​​greenery in which about 3,500 trees will be planted will be public and will generally consist of low vegetation consistent with Attica's landscape.

Two of the three parking lots will be underground and will be constructed near the two pedestrian crossings that will give citizens access to the sea. The construction of the two crossings is part of Phase A of the project.

The third parking lot, with 180 spaces, is expected to be built on an open site near the Peace and Friendship Stadium. The three parking spaces will have a total capacity of 980 seats.

Implementation of Phase B projects will take 30 months from the signing of the contract between the region and the contractor.

Extensive interventions have already been carried out in the region at a cost of over EUR 90 million under Phase A of the project.

Connection of the city with the coastal park
These are basically projects that will allow the multipurpose coastal park to be developed in the future without being cut off from the city, unifying the four beautiful municipalities of Piraeus, Moschato, Kallithea and Paleo Faliro with the sea front.

These include the displacement of Poseidonos Avenue 90 meters south to a new parallel alignment, as well as the partial undergrounding of two sections of 300 meters each, so that future public access to the sea can be ensured.

In place of the old coastal avenue, a closed floodwater pipeline is being constructed which will shield the neighboring municipalities in the event of heavy rainfall.

Work will begin on February 17 to shift the tram line from Moschato to Tzitzifies. The new line will be constructed at a lower level, at the same height as Ethnarchou Makarios Street.

Work on the construction of the new TRAM line is expected to be completed in about four months.